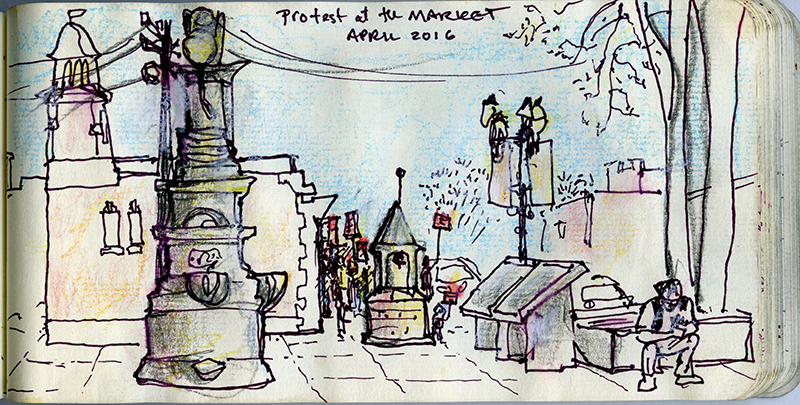 Prior to the amalgamation with Edmonton in 1912, Strathcona existed as a separate community on the south side of the river, incorporated as a town in 1899 and as a city in 1907. Following amalgamation, Edmonton’s commercial development overtook Strathcona’s, and this slow-down in economic growth served as a factor in the preservation of Strathcona’s historic buildings. The area also became known as Old Strathcona.

The Old Strathcona Provincial Historic Area was designated in 2007 and covers approximately five city blocks from 85 Avenue south to 80 Avenue and from 102 Street west to 106 Street. Early construction was wood-frame such as with the Strathcona Hotel and the Orange Hall. Due to the devastation of many prairie communities by fire, in 1902 the Town Council passed a bylaw mandating the construction of non-wood buildings, many of which were then built of brick. 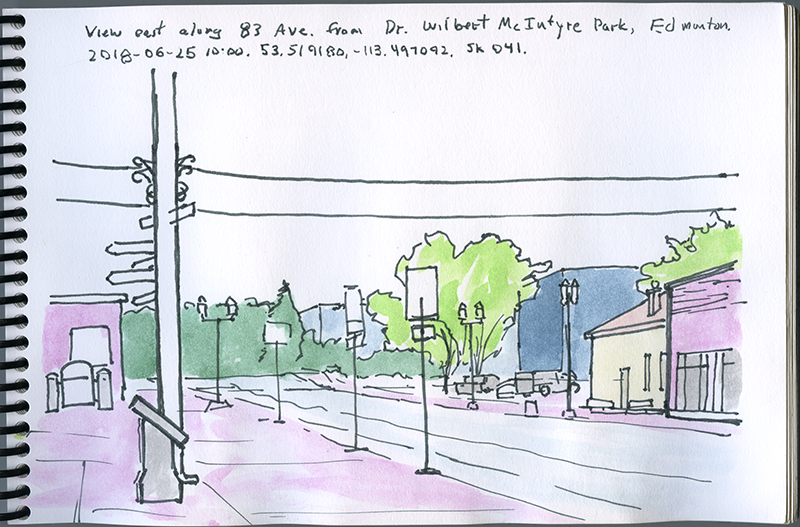 The heritage value of the Old Strathcona Provincial Historic Area lies in the pre-World War I commercial and social development of one of Alberta's most significant early communities. Its architectural richness and the integrity of its historic buildings is unlike most other areas of Edmonton.

Some of the historic buildings in the area include the Strathcona Hotel, the Crawford Block, the Dominion Hotel, the Canadian Pacific Railway Station, the South Side Post Office, Fire Hall #1 (now Walterdale Theatre), and the second Firehall #6 (mostly demolished except for exterior brick walls and tower, and rebuilt for the Varscona Theatre). 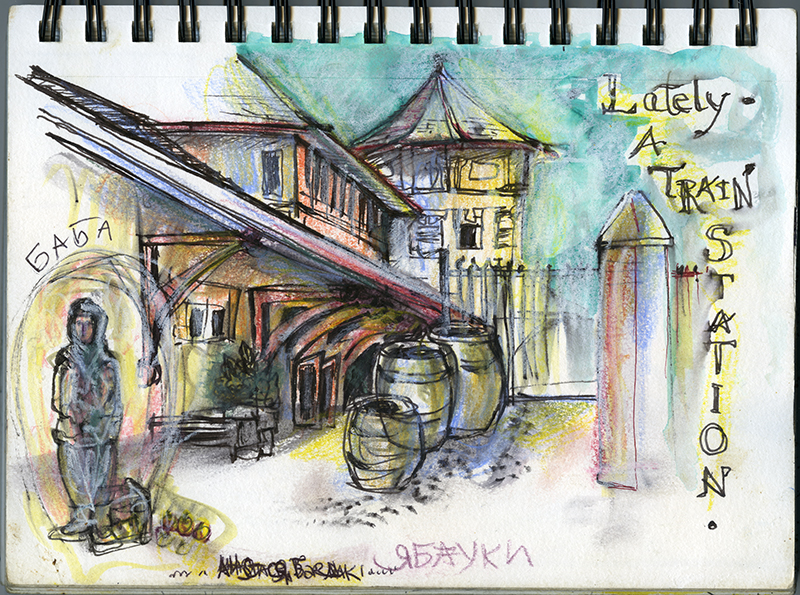 Just south of the North Saskatchewan River, the Strathcona Train Station (also known as South Side CPR Station, Old C and E Station, and the South Edmonton Station) has remained a city landmark for over a century. It is just one of four remaining stations in early 20th century grand railway station design in Alberta, including Lethbridge, Medicine Hat and Red Deer.

Constructed between 1907 and 1908, the brick, sandstone and timber structure is a blend of the architectural styles of Queen Anne, Scottish and French-Chateau, and Classical and Renaissance Revival. The building includes an asymmetrical octagonal tower, a broad hipped, bell-cast roof and large, surrounding overhang to protect waiting passengers. 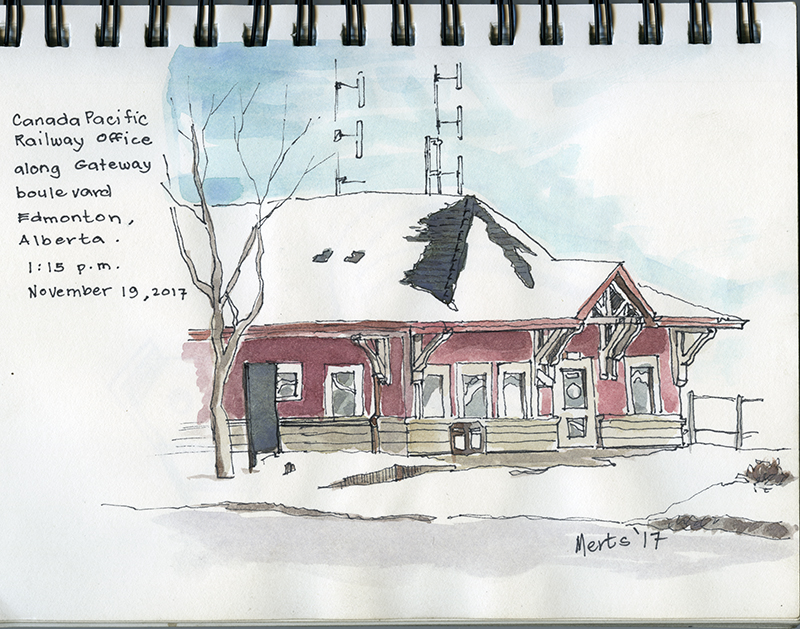 The Strathcona Station replaced the original depot at the northern terminus of the Calgary and Edmonton Railway, and represented the CPR’s intention to develop Strathcona as the dominant terminal point in northern Alberta.

The last passenger train left this station in 1985, almost a century after the first train arrived. The Historic Sites and Monuments Board of Canada named it a Designated Heritage Railway Station in 1992, and the Province of Alberta designated it a Provincial Historic Resource in 2004. The building has been home to a variety of businesses in recent years. 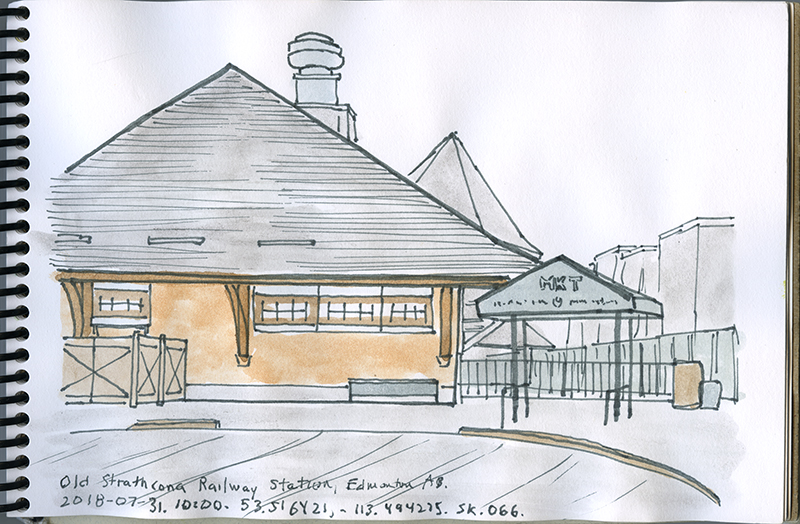 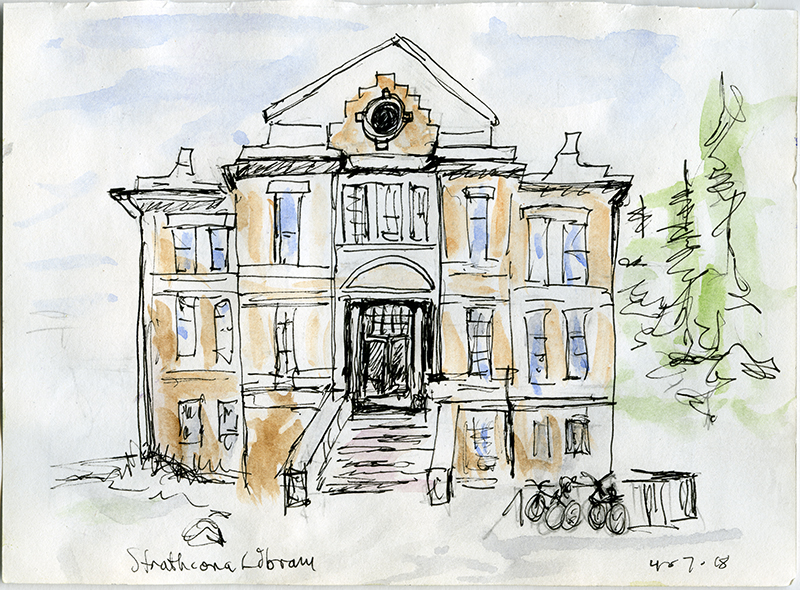 In 1907, the citizens of Strathcona presented a petition to City Council requesting a public library. The Strathcona Public Library was built in 1913, as part of the Edmonton and Strathcona amalgamation agreement. It was the first purpose-built library in Edmonton.

The two storey brick library embellished with limestone was designed in the Classic Revival/English Renaissance style by prominent Edmonton architects Arthur G. Wilson and David E. Herrald, and built by W. Dietz. A wide stone staircase, Ionic columns and curved pediment frame the entrance. Other distinguishing architectural features include a round window with limestone surround on the front, cupola on the roof and elaborate chimneys. It is the oldest surviving public library in Edmonton and one of the oldest in Alberta. 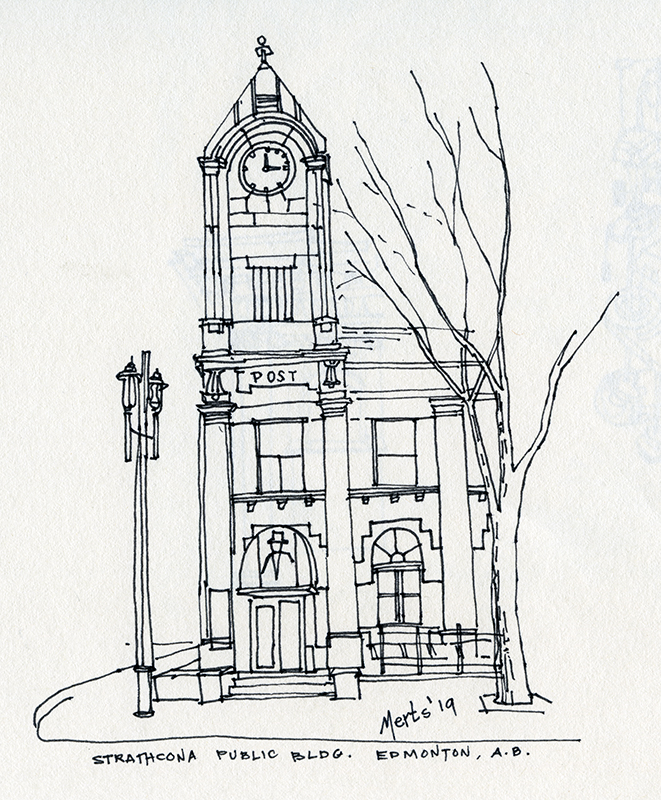 Constructed between 1911 and 1913, the two storey brick South Edmonton Post Office also served as the Strathcona Public Building, housing the offices of the Customs and Inland Revenue Bureau. It is an example of the shift away from the Romanesque Revival style toward the Edwardian Classical Free style design and exterior decoration of federal public buildings. It was designed by David Ewart, the Chief Architect of the Canadian Department of Public Works.

Embellishments include the ornamental limestone columns, arches, contrasting brickwork and stone clad clock tower. The original tower was "found to be short in height," due to the size of the clock made by Midland Clock Works in Derby, England, and was replaced by a tower ten feet taller in 1915.

The post office function moved to another location in 1976, and the building now houses a restaurant. Strathcona Public Building/South Side Post Office was designated a Provincial Historic Resource in 1985. 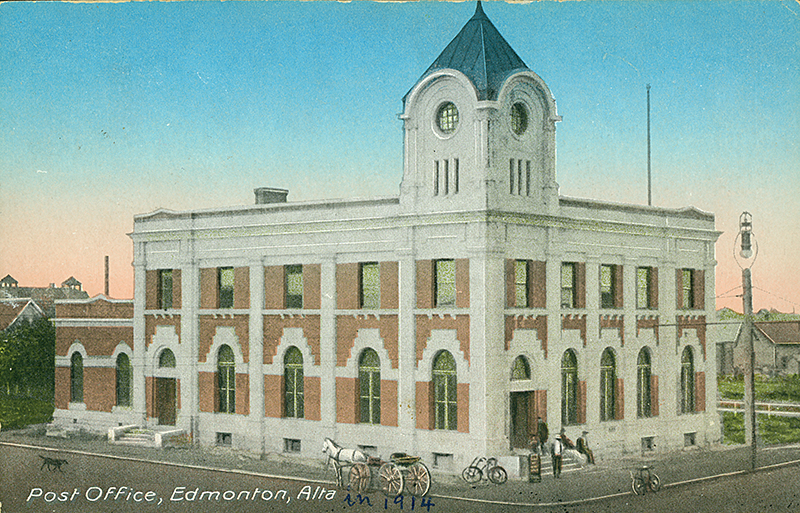 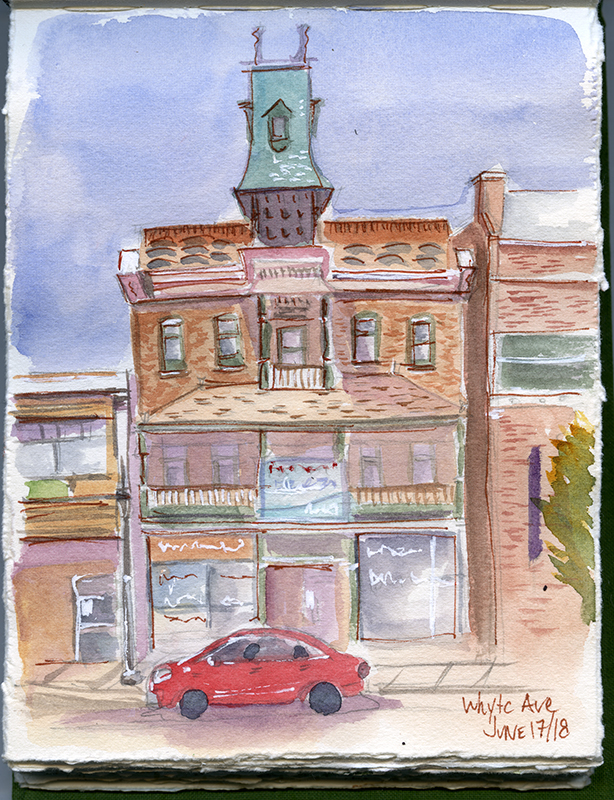 Early settler and realtor Robert McKernan built the Dominion Hotel, also known as Dominion Apartments, in 1903. At the time it was the most ornate building on Whyte Avenue. The three-storey brick structure’s facade consists of three tiers of elaborate Chinoiserie style decorated wooden balconies supported by ornate wooden pillars, and topped by a distinctive Victorian styled green cupola.

Originally the hotel had 33 rooms, a spacious lobby, several public parlours, a beer parlour and dining facilities on the ground floor. It was during the prohibition years that the upper floors were converted into rental apartments and sleeping rooms, and the street level area was utilized by retail outlets.

The building interior has been modified numerous times and the façade was restored and almost entirely reconstructed in the early 1980s with a new interior to accommodate offices and retail outlets. It was designated an Alberta Registered Historic Resource in 1976. 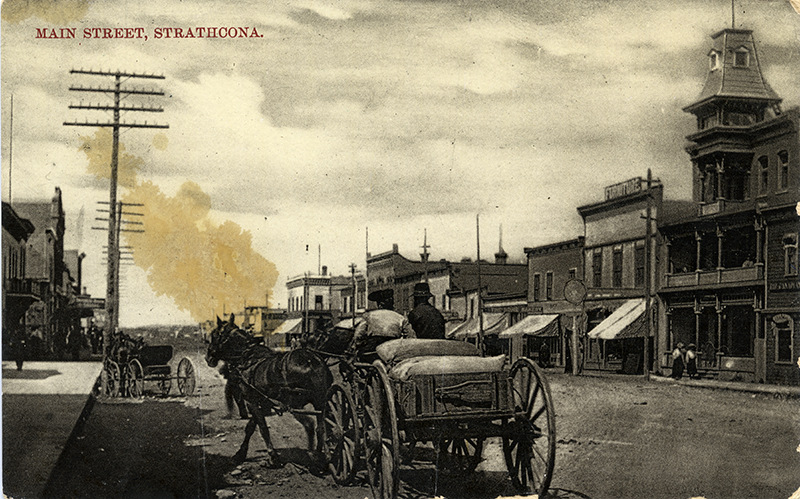