Though today few survive, before 1918 nearly 30 temporary schools had been built in Edmonton. Often small, simple, and constructed with wood, there was no single design to these practical buildings. However, contemporary accounts do mention that the grandly named “chateau style,” featuring steeply pitched roofs, gables and dormers, was common.

Temporary schools were considered an interim solution to providing for educational needs in the face of rapid population growth. Buildings were rented, constructed, or moved to areas where permanent schools could not meet the demand in Edmonton’s growing communities. Often plans to build permanent brick schools accompanied plans to construct temporary schools. A portable classroom unit is the closest modern example of how temporary schools served the community. 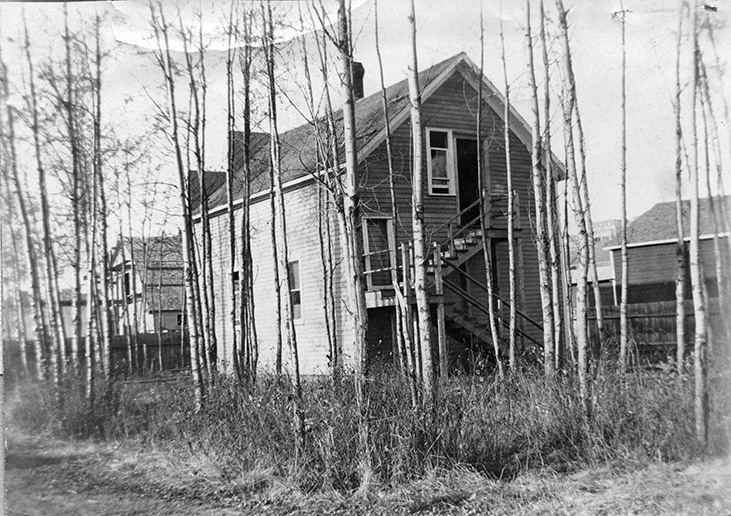 “When classes opened [at Bennett School] in 1912, they opened a temporary classroom in a frame two-story house behind it, and I believe on the property owned and operated by the Edmonton City Dairy, a few hundred yards from the low level bridge. The teacher was Miss B. Cook and so many pupils turned up at the opening that she just could not cope with them. The School Board then made immediate plans to convert the upstairs of this home into a classroom and supply an outside entrance by a stairway.” 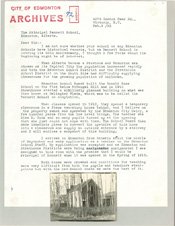