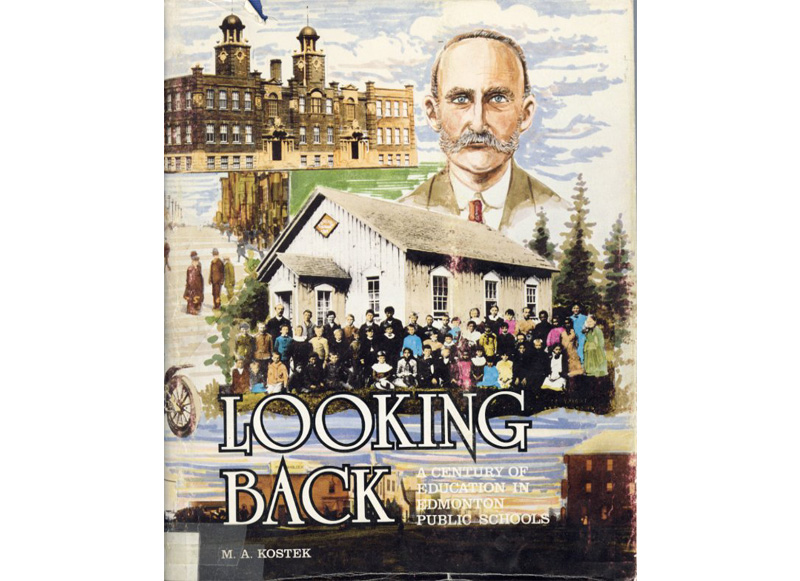 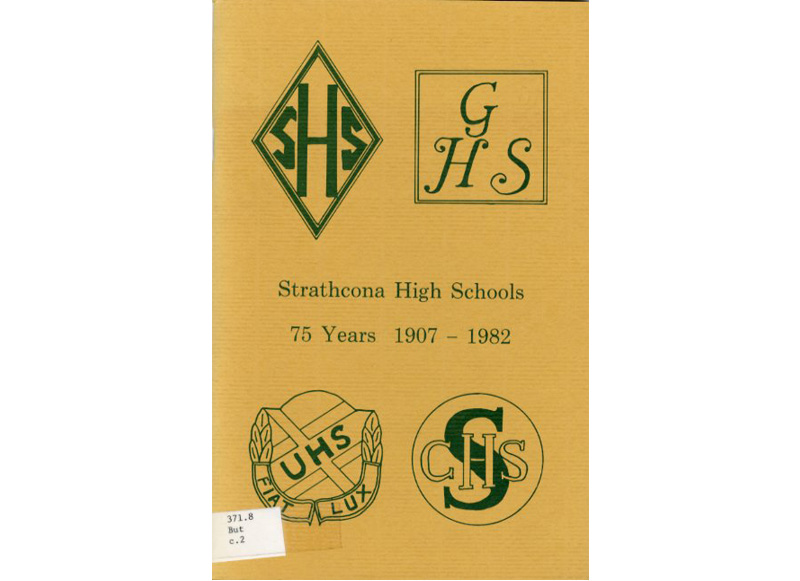 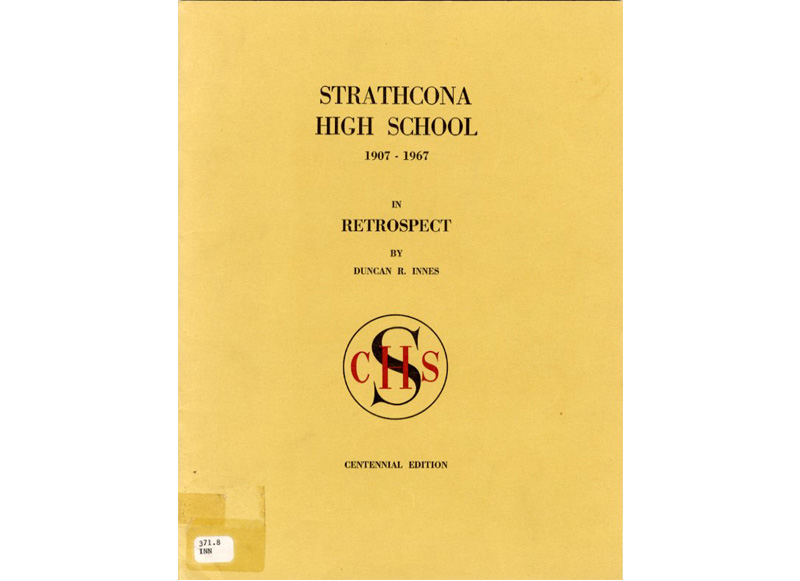 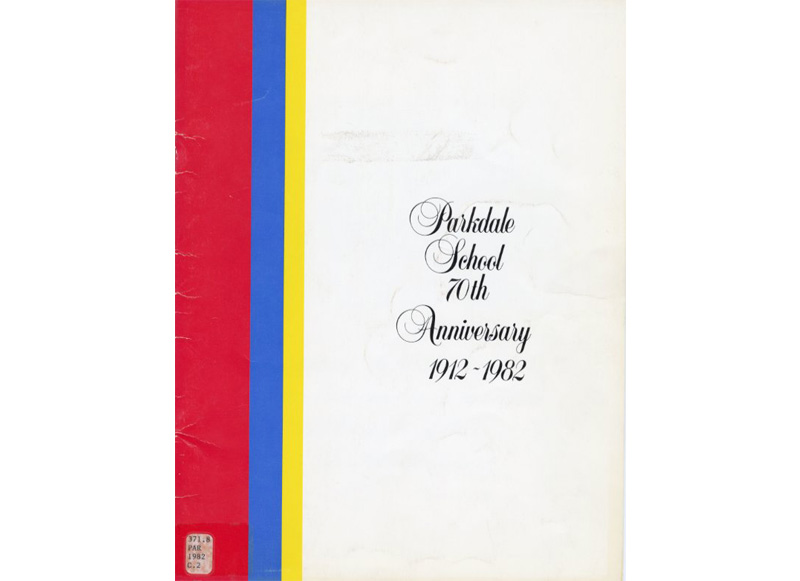 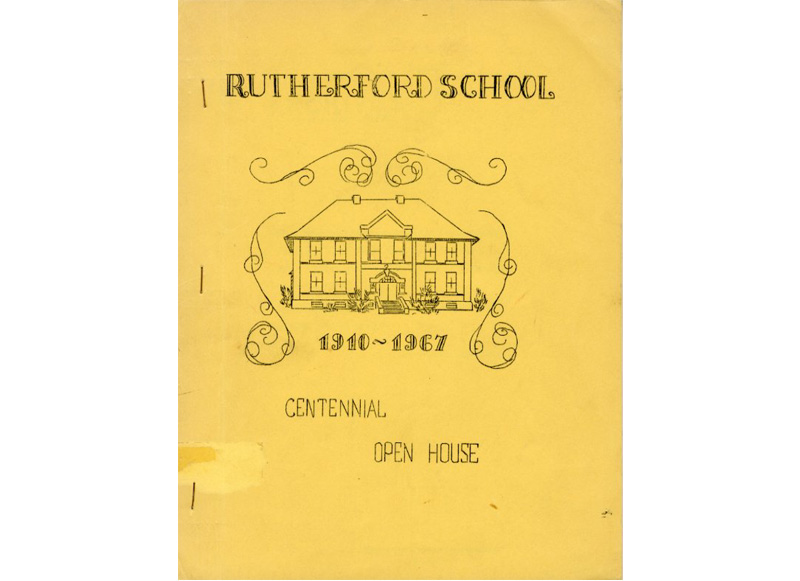 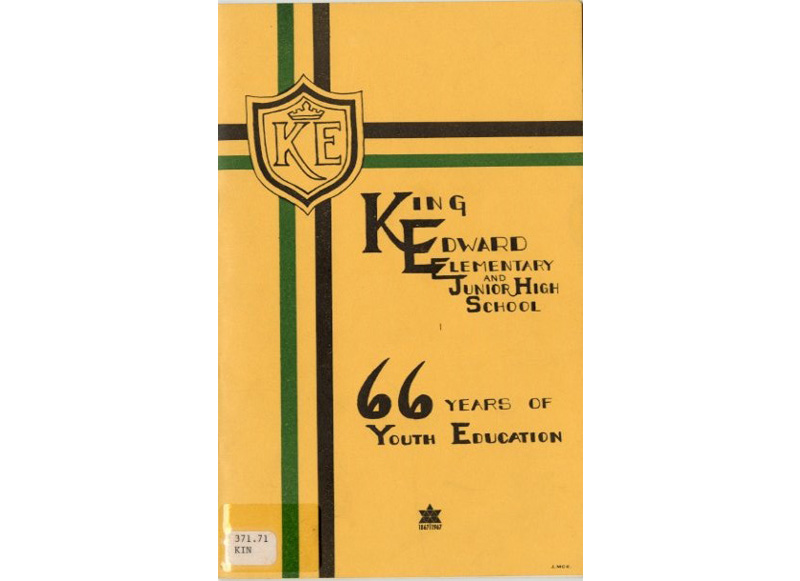 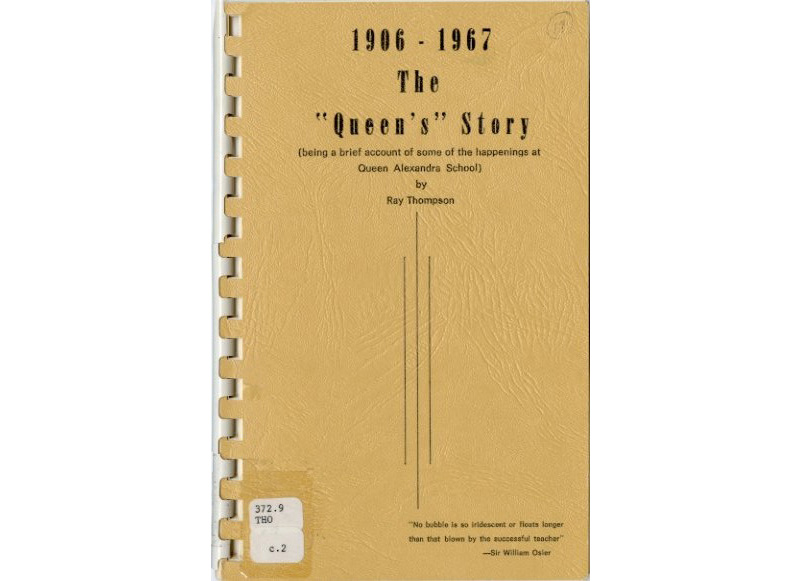 People are connected to the buildings in this city – especially the schools. We have lived our lives in and around them, and many of them hold a special place in our personal stories. Thousands of students, parents, and teachers have passed through these buildings, and everyone’s experience has been unique.

This page features memories collected through various projects and kept safe in the collections of the Edmonton Public Schools Archives and the City of Edmonton Archives. 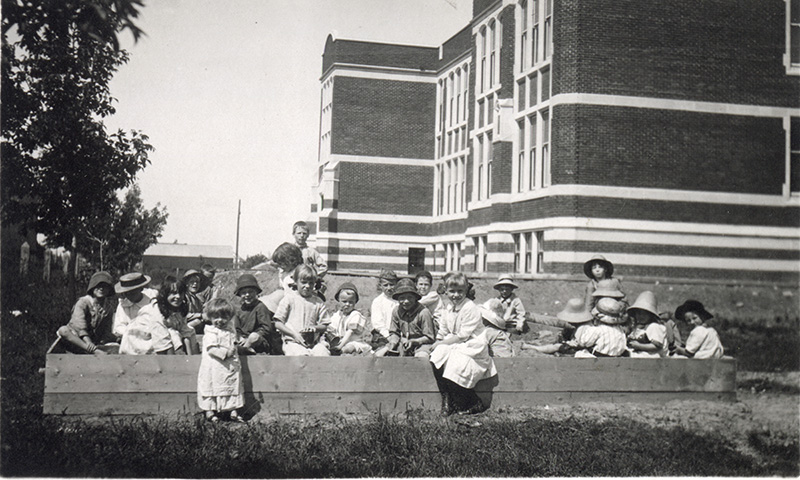 “I first got to know the “Grads” when I entered Grade 9 at McDougall High School, in the year 1915-16. I watched them play many times in the old Victoria High School gym. They were not yet famous, but even then we marveled at their passing and shooting the ball.”

“We had some excitement one day when Jack Marshall and another boy (I can’t remember who it was), found a little garter snake, at lunch time I think and when the teacher, who was a Miss Harrison, an Englishwoman, was out of the room, they put the snake into the top drawer of her desk; they thought they had better hide the strap, which they did, I think in the old kitchen. What happened when poor Miss Harrison found the snake and the missing strap, maybe someone else can tell, for I do not remember”

“Do you remember the wooden sidewalk? Were you ever one of those unfortunates who lost a bracelet or nickel – or even a penny – under its boards?”

“When I attended Strathcona Collegiate Institute the present location of Strathcona Composite High School was the Athletic Grounds, and there were horses stabled under the bleachers!”

“Perfect discipline was maintained, not by rule, threat, or punishment, but by something undeclared radiating from the personality of the teacher – and all was well. The necessity of stricter measures of control rarely arose, but in the rare instances of refractory behaviour, D.S. knew well how to quell the rebel.”

“In the 1920s racial feelings were running very high in America and pressure was put on the Black people to leave… There were a fair number of Black people in Edmonton at that time, the largest group west of Toronto… Like any other ethnic group we all lived in a district, 97th Street and 111 Avenue. We mostly went to Queen’s Avenue School and McCauley and had a fight every few days.”

“An alumnus tells of a fine afternoon when all the boys of his class skipped school to go swimming. Temporarily valorous, they paraded in front of the school on their way to the river. They had a pleasant holiday even if sometimes they thought of the inevitable consequences. The next morning they lined up for their so-many-on-each-hand and no one questioned the punishment… Only one boy in the whole class had resisted temptation.”

“The backbreaking work of digging, planting, and watering by means of the firehose was executed by the older boys under the watchful eye of Mr. Somerville. On one occasion they innocently flattened him against the wall with the force of the firehose.”

“No school day was complete without the inevitable visit to Oliver Brindley’s store on 86th Street and the Fort Trail to purchase the day’s supply of penny candy and gum. The horse trough in front was removed, and after several changes in ownership, the original building was replaced by a larger one housing Cheroots Grocery Store which still maintains a brisk trade in candy, gum, and pop to Parkdale students.”

“A debate in Mr. Livingstone’s class remains a favorite memory of Doris Morgan. The topic under debate was ‘Are Movies Good or Bad for Children’. For the affirmative, Cecil Hamilton opened his argument with, ‘Yes, movies are good for children. They teach you how to make love and get married!’. Doris does not tell which side won that debate!”

“There was an old coal mine at the foot of 93 Avenue which closed down in the early 20’s and a shed was put over the shaft with a padlock on the door. A friend of mine, who was about twelve at the time, got into this shack to sneak a smoke. They lit a match and the flame started to dance around inside. They took off and ran as hard as they could. They got half a block away the whole shaft blew up and the shed went sky high.”

“We’d never think of getting in trouble – although Wop May, who was in an upper grade, was a going concern and always getting into mischief.”

“Vic was a new school and Scona’s rival. One afternoon some Scona boys stirred up the teachers and students of Vic by taking down the fire hoses in the hallways and turning the water on all who dared come out of the classrooms.”

“The games we used to play in those days were lessons in themselves. I remember the magazines that we used to wrap around our legs to protect us from hockey pucks (horse droppings). Marbles, boy, did we play with marbles in a variety of games in the spring and during the summer, and milk bottle caps. Milk bottle caps is a game we played in winter, in a corner of the basement before the typing room was built. The object of the game was to throw cardboard milk bottle caps into the corner, from outside a chalked ring on the floor. The person whose cap covered the most of another player’s after a predetermined number of tosses won all the other players’ caps.”