In the years following the end of the Second World War, Edmonton grew rapidly. Many returning soldiers wanted to live in an urban area instead of going back to their rural communities; oil was discovered near Leduc and was driving industry; and there was a lot of immigration from overseas.

In the face of this growth, Edmonton hired their first City Planner, Noel Dant. Dant, a planner from England, brought with him new ideas which had a massive impact on Edmonton in the years to come. Dant embraced something called a “modified grid”, characterized by cul-de-sacs, curvilinear and even diagonal streets. Because these streets didn’t align with the traditional grid pattern, they required many more named streets to avoid confusion. 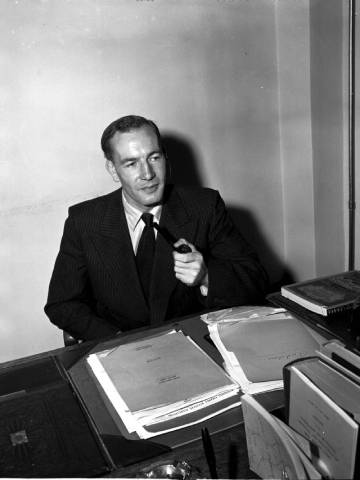 Until now, Council had addressed and debated names as they came up. In the face of rapid growth and the necessity for names however, it was decided to investigate a formal naming committee. On January 23, 1956 Council approved in principle the appointment of a District Names Advisory Committee.

By February 13 of that year, Bylaw 1754 was passed, officially creating the District Names Advisory Committee. The Committee’s role was to advise Council on suitable names for subdivisions, neighbourhoods, parks, and other public places. The Committee was composed of an Alderman, members from the Edmonton Public School Board and the Edmonton Private School Board, the Chairman of the Archives and Landmarks Committee, and the Town Planner. The Committee was supported by the Street Addressing Coordinator, who worked for the Planning Department. 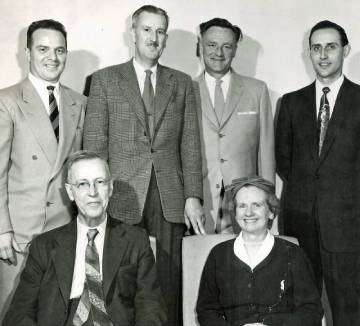 The first meeting of the District Names Advisory Committee took place March 14, 1956. Numerous issues were discussed, and the resulting report was approved by Council on April 23. It was an elegant solution that freed up Council members, engaged with stakeholders, and distributed the responsibility beyond just Council or administration.

The creation of the Names Advisory Committee greatly reduced Council’s burden regarding naming. Though there have been controversies at times, for more than 60 years the Committee has liaised with developers, researchers, and the public to advise Council on naming Edmonton, making a momentous contribution to our sense of place in this city.