Thank you to everyone who participated in the online engagement activities for Stage Two: Whitemud Drive and Interchange Upgrades. Your input will be considered alongside City plans and policies as well as technical requirements as the design and construction plans for Stage Two are finalized.

Learn more about the project:

Stage Two is funded by the City of Edmonton through the 2019-2022 Capital Budget and in partnership with the Government of Alberta.

Public information opportunities will be available to view the detailed design.

The preliminary design for Stage Two is complete. Public engagement opportunities to view the plan and share feedback will happen in November 2021. 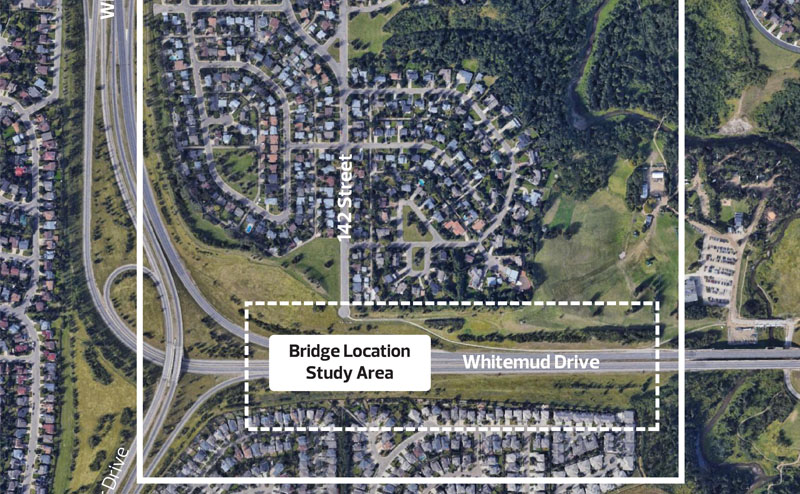 A new pedestrian/cyclist bridge is planned over Whitemud at approximately 142 Street, and is at the preliminary design phase. 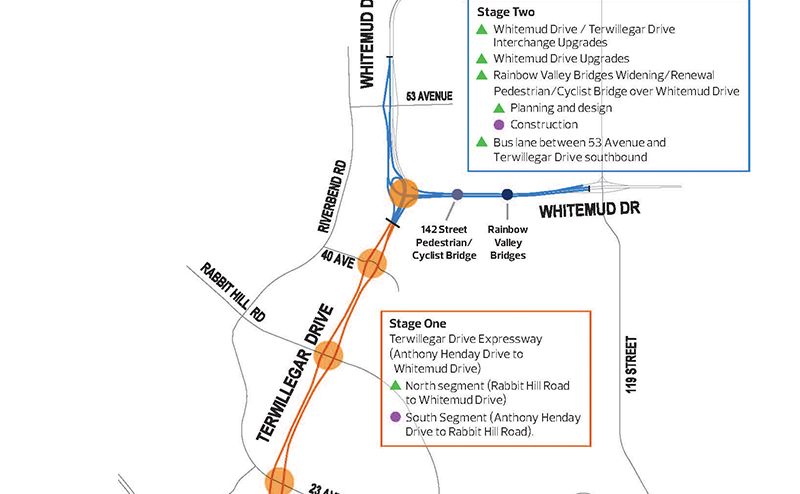 An interactive map with details about the project schedule, phase of delivery and budget on capital projects across the city.