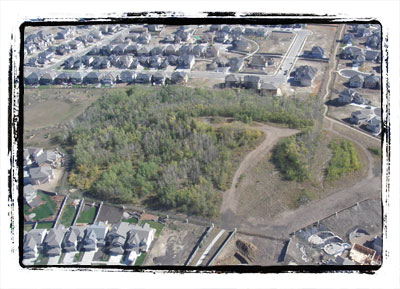 Southwest Highland natural area is a very unique natural feature. It is the highest point in Edmonton, with an elevation of 716 m at its southern end and steep slopes on its east and west sides. It offers a beautiful view of Edmonton to the east, west and south, and Whitemud Ravine to the southeast. Given its proximity to both the ravine and the River Valley, the natural area provides an important linking function for wildlife. Its steep slopes support an interesting combination of successional stage and pioneer vegetation communities, including beaked hazelnut and snowberry. 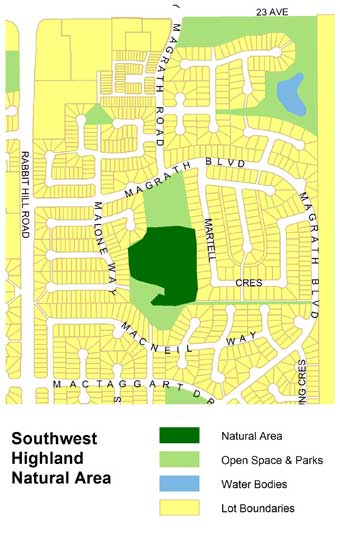 There is an informal trail through southern portion of the natural area, connected to a walkway off Malone Way to the west and another from the east.