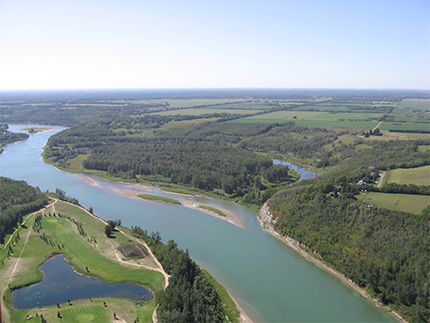 Natural Connections Integrated Conservation Plan is Edmonton's plan for the protection, management and restoration of local natural areas and biodiversity, and the engagement of the community in that effort. The plan applies an outcome-based, ecological network approach to the conservation of Edmonton's natural areas systems. It includes three components: a Strategic Plan, a Biodiversity Action Plan and a Biodiversity Report.

Edmonton currently has all of the components of an ecological network. With careful planning that encourages the protection of these key elements and the restoration of degraded natural areas and linkages, this network could be sustainable in the long term.

To see background reports and information about the development of Natural Connections, including the State of Natural Areas Report and the public engagement process, go to Background Information.

Directions for the construction of wildlife passages to support the movement of wildlife through the city.