From Construction to Completion

Eager to start building, the newly formed Edmonton Incline Railway Company requested a charter. However, two formal objections towards the incline railway surfaced from nearby property owners who feared it would decrease property values by blocking the street and creating noise.

Despite this opposition, by late September 1907, construction had begun, supervised by local engineers Charles E. Taylor and J. S. Nesbitt. As October began, the rails and power house, which were to be located at the top of the lift, were assembled and the brick walls, running alongside the railway were almost finished. 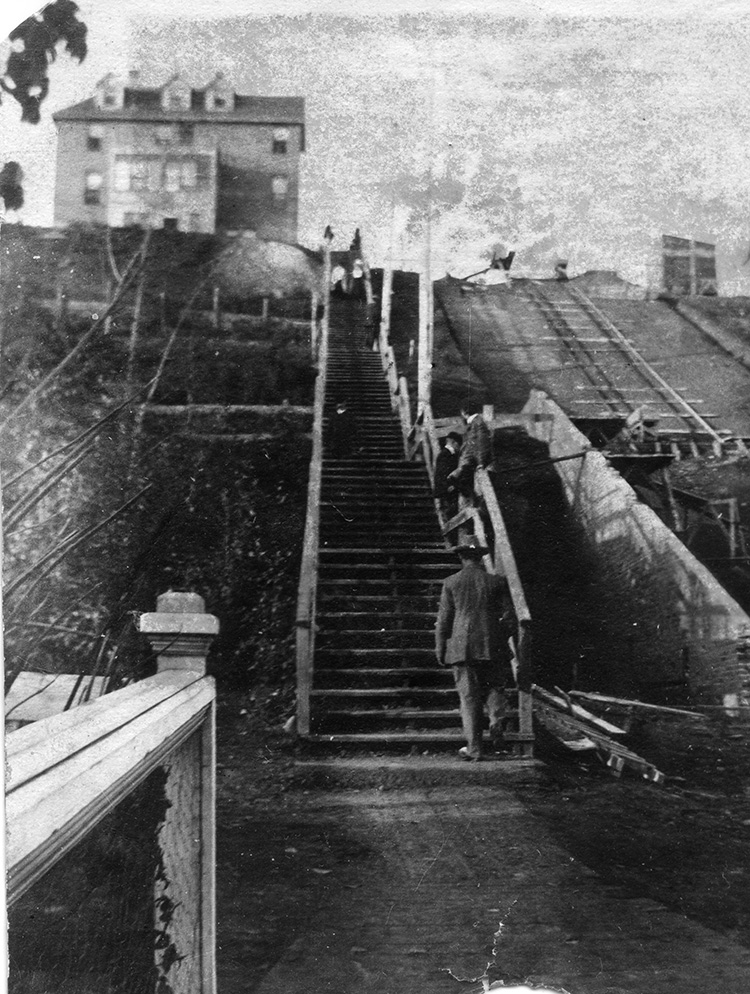 Until this point, the company had planned to use electricity supplied by the City, yet due to Edmonton’s rapid growth the City’s electric plant could no longer meet the required supply. As a result, the Edmonton Incline Railway Company was forced to find a new source. The most obvious solution was powering the railway by coal, but nearby coal mines were no longer as productive as they had been, so it was decided to power the railway through steam. By November the brickwork for both the top and bottom foundations neared completion, the ties had been laid and the two cars were placed upon the rails.

The hoisting machinery, 75 horsepower steam engine, and boilers arrived in April, 1908. By May 7, the smokestack had been erected and by May 13 the engines were put to work, hauling up the very first car. Signal bells and telephones were installed and a thorough test was performed on May 14. At last, on May 20, 1908, the Incline Railway opened for business. It became the only railway of its kind west of Hamilton, Ontario. 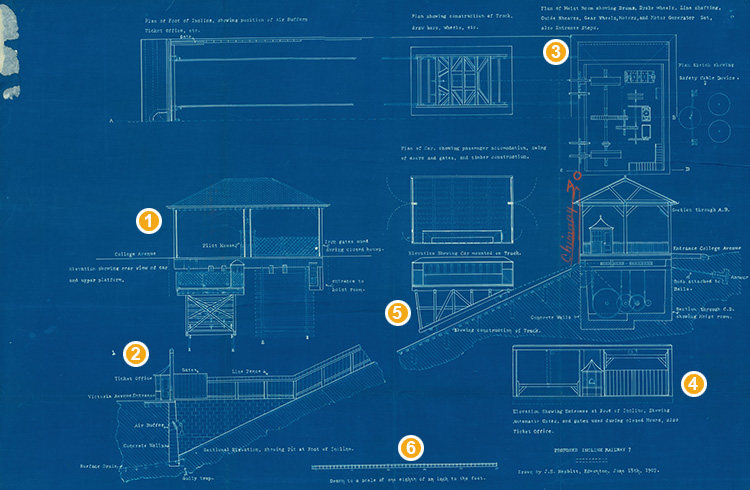 These blueprints were submitted to the City in 1907 as part of the documentation to get the railway running. Notice the many safety features listed in the specifications. [RG-8 Joseph Hostyn, Contract #12] 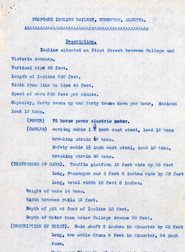