Despite the initial excitement for the incline railway, its revenue expectations were never met. Even with the continued use by both businesses and pedestrians, financial threats to the life of the railway were a constant presence. With construction and operation costs higher than anticipated, in January of 1909, the Edmonton Incline Railway Company requested the City’s help to continue the hoist’s operation. However, after a report given by the City Auditor on the poor financial condition of the Railway, the City refused.

At this point, the company had to find an alternative plan. On February 2, 1909, the company went into liquidation. By early April 1909 the company was reorganized and opened for business under a new name: Donald Ross Incline Railway Company Ltd. Despite the restructuring, the railway’s financial trouble continued. 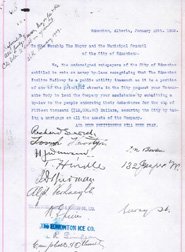 This petition, endorsed by many significant Edmontonians, asked the City to propose a bylaw to raise money for the Incline Railway. How many names do you recognize? [RG-8.10 File 1]

The Company requested and received approval from the City to adjust the agreement allowing seasonal closures from November 1 to April 1. The first winter closure occurred between 1910 and 1911, and the second between 1911 and 1912. Before opening in March, 1912 the City declared the hoist unsafe. Rather than pay to remedy the defects, the company chose to sell the operation.

The Donald Ross Incline Railway Company encouraged the City to take up the operation, as they felt it still provided an important service to Edmonton’s citizens, however the City declined. Likely influenced by the City disapproval of the safety and condition of the railway machinery and increasing competition with the soon-to-open High Level Bridge, no one came forward with an interest in purchasing the railway. 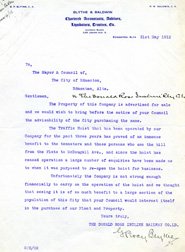 In this letter, sent by G. Percy Blyth on behalf of the Donald Ross Incline Railway, offers to sell the railway to the City. [MS 209, File 143]

After the railway was closed the track was pulled up. For many years its location could be seen as a scar on the hill, until the Chateau Lacombe was built in the mid-1960s. 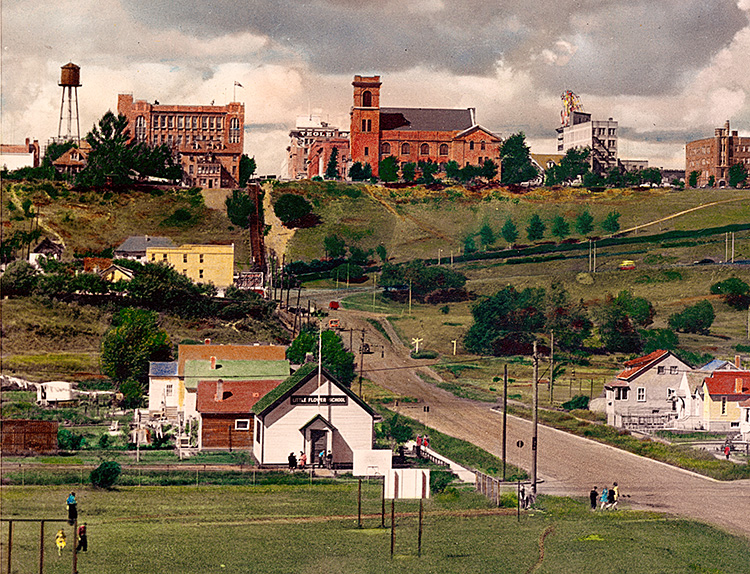 Rossdale the site of the old Incline Railway can be seen on the left hand side of this hand-tinted photograph from 1948. Notice that the staircase was still in use at this time. [EA-160-1586] 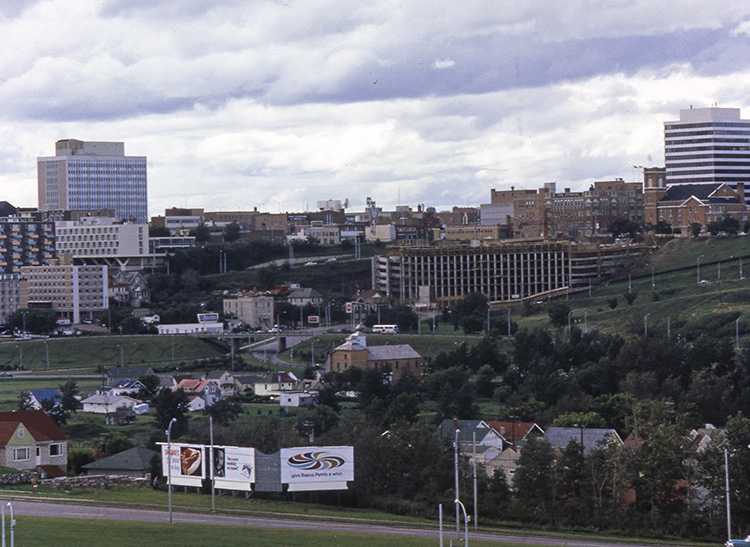 This photo of the Edmonton skyline in 1965 shows the Chateau Lacombe parking structure under construction, directly on top of the former site of the Incline Railway. [ET-17-55] 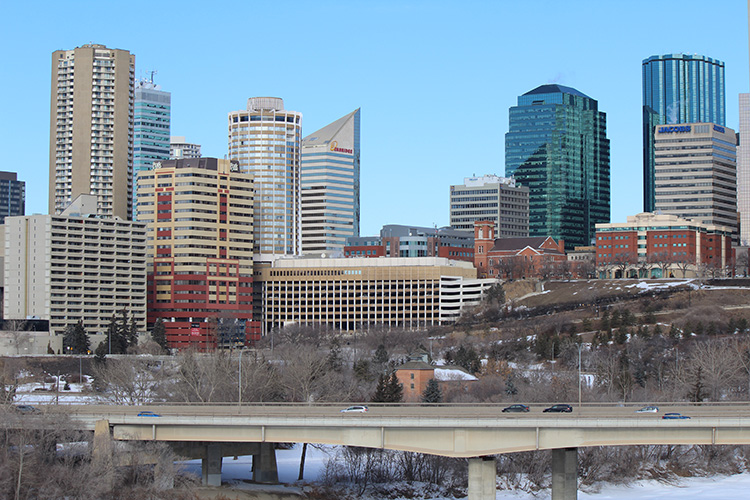 This photo shows the Edmonton skyline in Spring of 2015.

What Goes Around Comes Around

On June 23, 2015, City Council approved the Mechanized River Valley Access project to ensure that the river valley will be more accessible to people of all ages and abilities. This project will see a new funicular railway built one block east of the original Edmonton Incline Railway. After more than 100 years Edmontonians will once again be able to ride an incline railway! 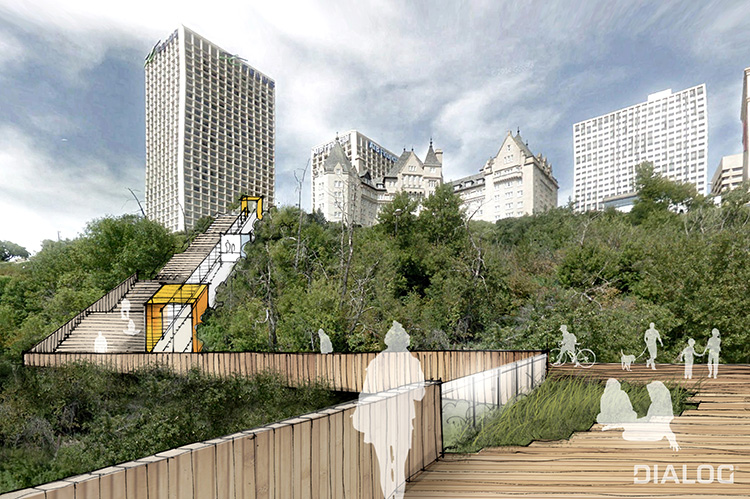 A 2015 design drawing of the new Edmonton funicular.