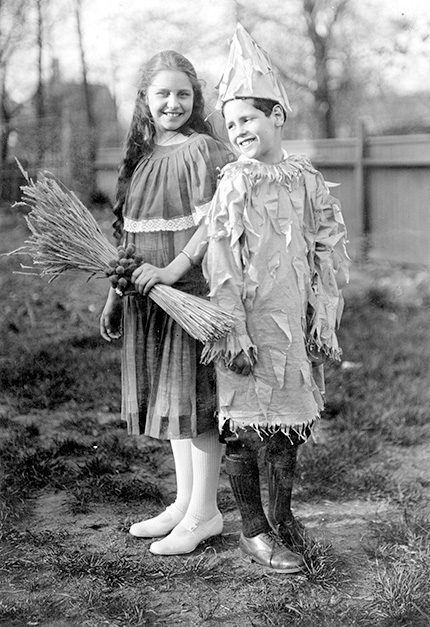 Costumes have been an important part of Halloween in Edmonton since at least 1900. Those attending Halloween balls might have had their costumes professionally made, though many created their own. 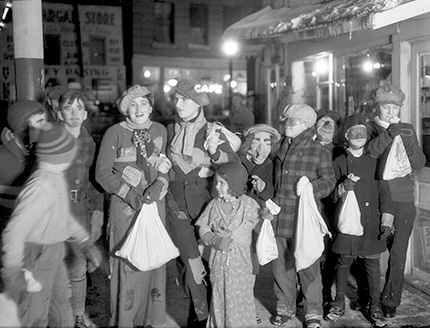 Based on the photographic evidence available, by the 1930s most children in Edmonton had homemade costumes, though some included store-bought masks. Early commercial masks were usually made of cardboard, painted buckram, or cotton. They might have covered the entire face, or been a simple half mask. In the late 1940s vacuum formed plastic masks also became available. 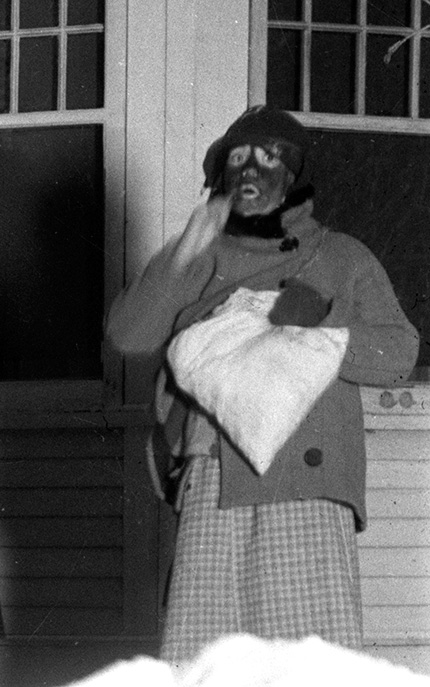 Although Halloween was considered an inclusive, non-ethnic holiday, racism was an issue – particularly visible in costumes. The photo above shows a young girl in blackface, dressed up as a stereotypical “Mammy”. Other common “ethnic” costumes included the stereotypical “Asian” costume, as well as the stereotypical “Indian princess”.

“Negro” costumes were widely available from catalogues until the 1950s, and instances of Halloween revelers in “blackface” continue to make the news. “Asian” and “Indian” costumes, both for children and adults, are still sold at Halloween. These costumes are racist because they reflect and reinforce the normalcy of "whiteness" at the expense of other races.