Whirling disease is a microscopic parasite by the name of Myxobolus cerebralis that affects trout, whitefish, and salmon. In Alberta, species most likely to be affected by whirling disease include Rainbow Trout, Cutthroat Trout, Mountain Whitefish, Brook Trout and Brown Trout. Though the effect on fish in the salmon family can be different depending on species and the water body, young fish have the highest mortality rate.

How to Spot Whirling Disease

Please note that whirling disease is not harmful to humans, it only affects fish in the salmon family, including trout, char and whitefish. If you suspect you witnessed a fish with whirling disease, please call the provincial hotline at 1-855-336-BOAT (2628) or email aep.whirl@gov.ab.ca.

How to Stop the Spread 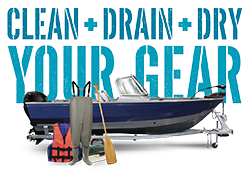 Map - Where is whirling disease in Alberta?