The Queen Elizabeth II Planetarium restoration is complete and is scheduled to open to the public in 2022. 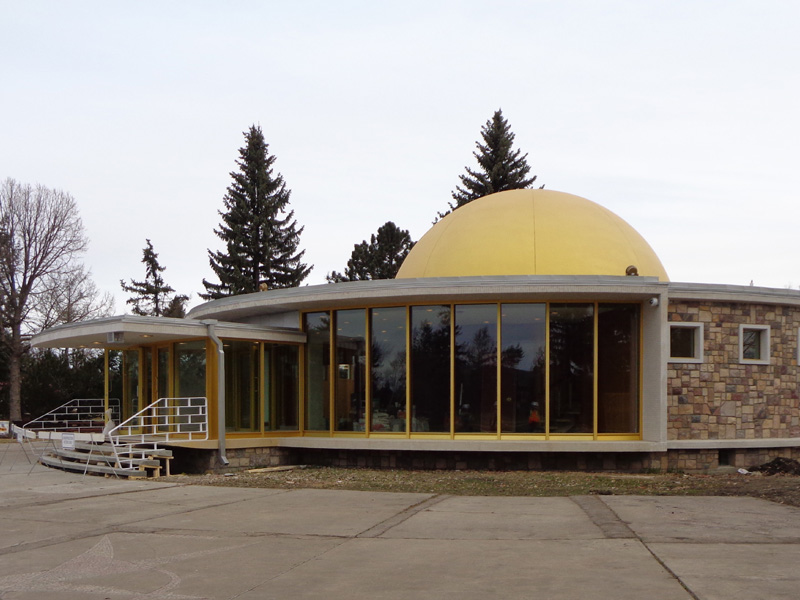 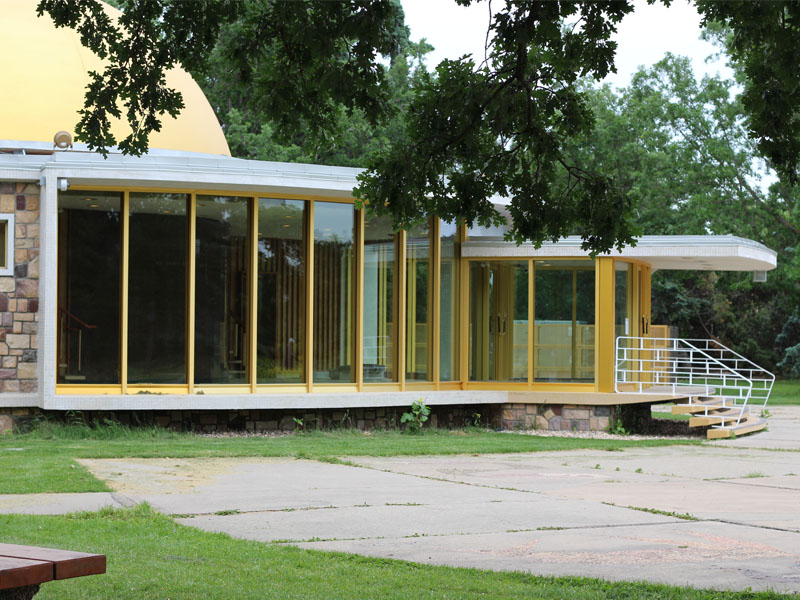 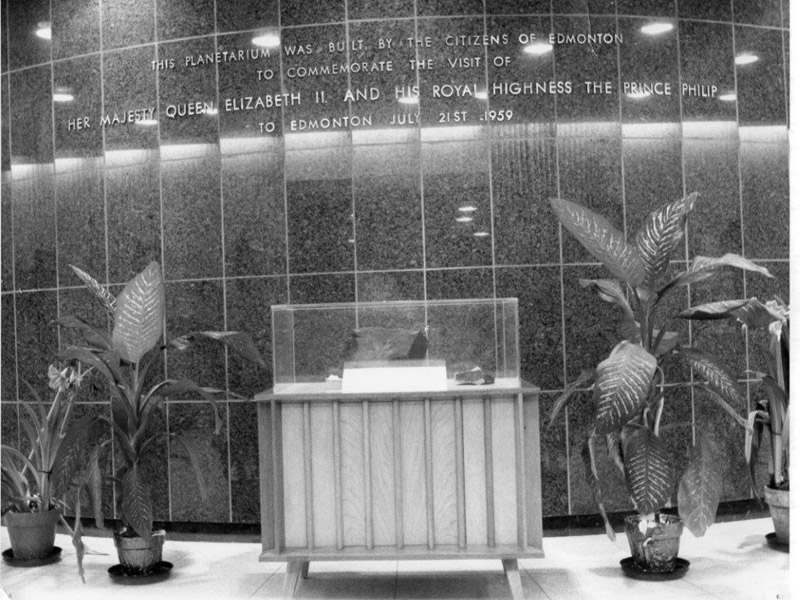 Original display image of a piece of the Bruderheim Meteorite that fell to earth on March 4, 1960 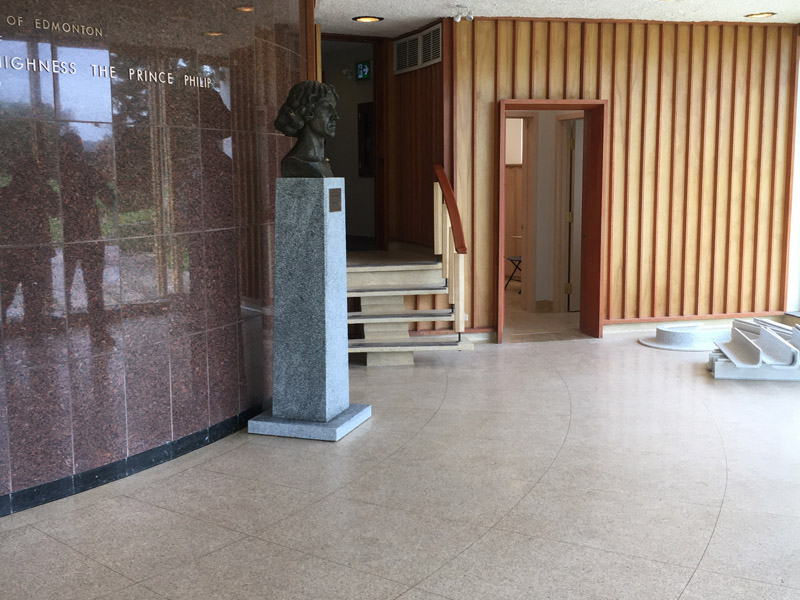 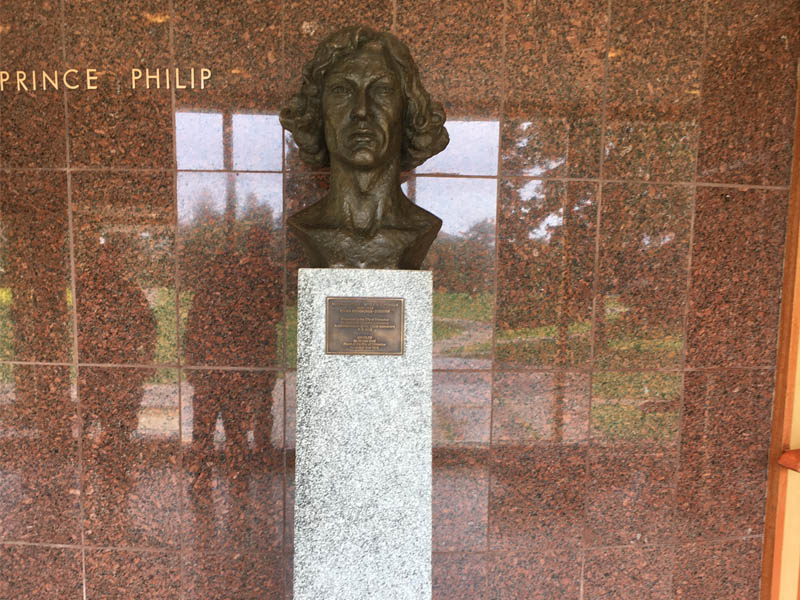 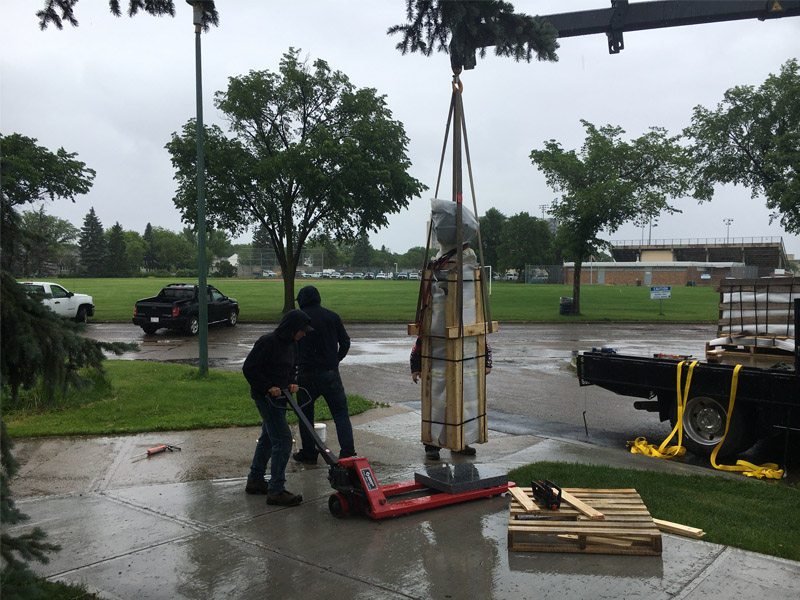 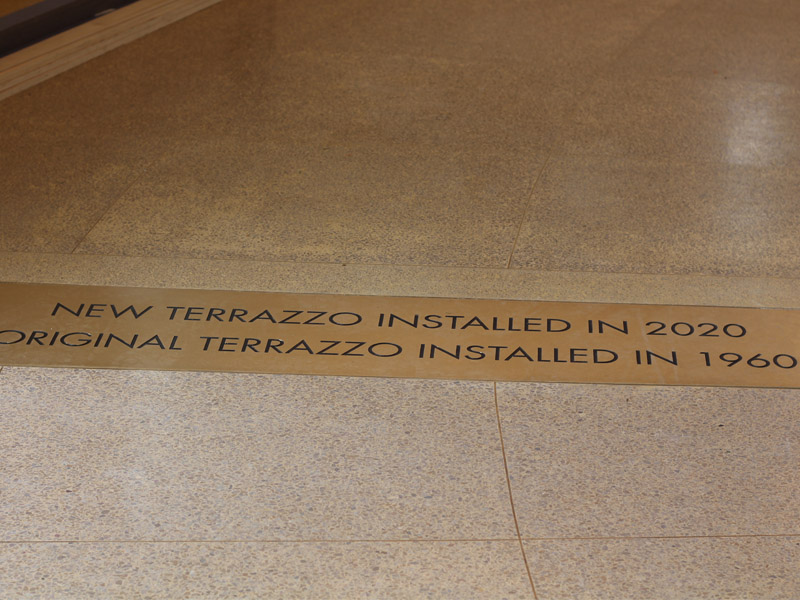 A new bronze plaque is embedded in the flooring, marking the new terrazzo installed to match the existing

The Queen Elizabeth II Planetarium, located in Coronation Park, is the first of its kind in Canada and an important historical landmark in Edmonton. Restoration of this 60-year-old building ensures its heritage is maintained with some modern upgrades such as LED lights and new mechanical systems to meet the City’s sustainability standards and current codes, as well as a new accessible washroom available to both Planetarium and Coronation Park users.

The rehabilitation and restoration project supports the preservation of this architectural icon and renews the building's identity and purpose. Design plans for this project were developed with contribution from the TELUS World of Science Edmonton and the Royal Astronomical Society of Canada. The Planetarium project also supports the Coronation Park Master Plan by reactivating and enhancing the centre of the park.

The Coronation District Park Master Plan identifies Queen Elizabeth II Planetarium as an important element in the centre of the park that is intended to provide a community gathering place. Once open to the public, one portion of the building will be dedicated as park washrooms accessible to the public during park hours. The other part of the building will be leased to TELUS World of Science Edmonton to support their public programs and events.

The intent of the rehabilitation is to honour the heritage, historical and architectural importance of the original exterior structure, while increasing the functionality of the interior. Queen Elizabeth II Planetarium was designated as a Municipal Historical Resource in 2016.

Historical resources ensure the legacy of our communities and facilities are passed down to the next generations of Edmontonians.

In 2021, the Queen Elizabeth Planetarium restoration received one of eight national awards from The National Trust. Learn more about the rehabilitation work and how it honours the legacy of this historic facility. 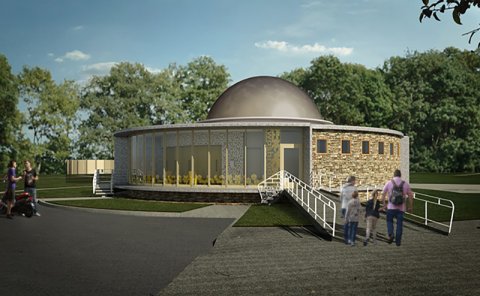 Far out: Canada’s first planetarium being restored to former glory