The City of Edmonton is updating the Bike Route Wayfinding to help people identify how they can effectively and intuitively navigate the city’s bike network.

Creating consistent styles of wayfinding signs for active travelling is an important part of improving the way visitors and citizens enjoy the city and find their way to important destinations. The City of Edmonton is committed to the creation of a city that is bike-friendly, more walkable and has accessible transit.

The new bike route wayfinding will coordinate with the River Valley Wayfinding Signage and the Pedestrian Wayfinding Standard, and will improve wayfinding for all users of the active mobility network.

The current bike route wayfinding signs indicate that there is a bike route, but doesn’t indicate to the user where the route will take them or how far they have to go. Feedback from Edmontonians through The Bike Plan public engagement process told us very clearly that people want better wayfinding.
The Bike Plan guides the planning and design of Edmonton’s bike network and programs and suggests ways to create better wayfinding:

Destination-Decision Fingerboards are placed at major junctions with multiple choices (usually district connector routes), to help guide the user to destinations in each direction. 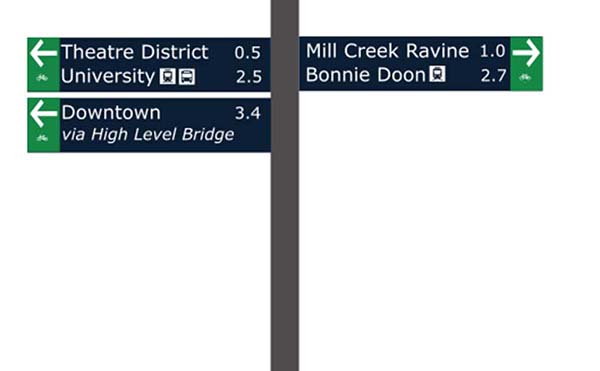 Decision signs are used to highlight bends or jogs in the bike route, and in some cases will also indicate where the route is leading to. 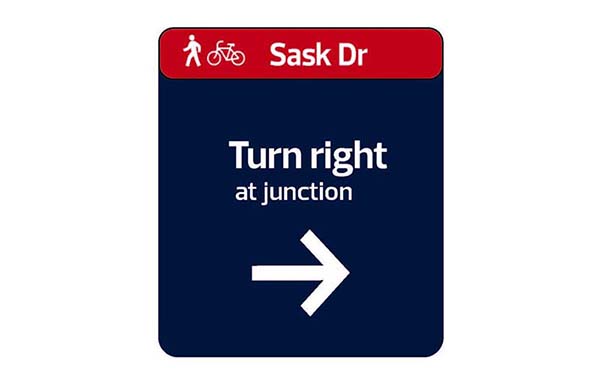 Decision-Direction signs are used where there are only a few destination options or a fingerboard may not function well due to space or visibility. 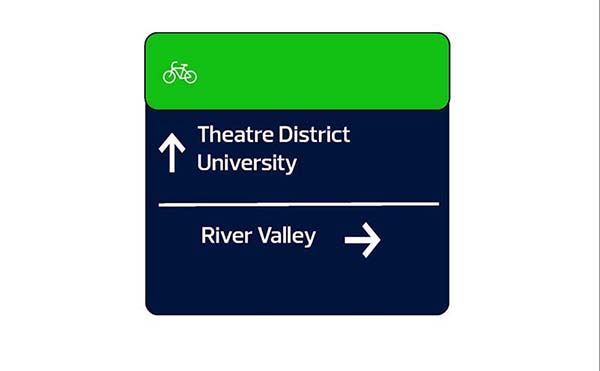 Confirmation Streetblades are used on bike routes to provide confirmation and awareness to all users that there is a bike route. 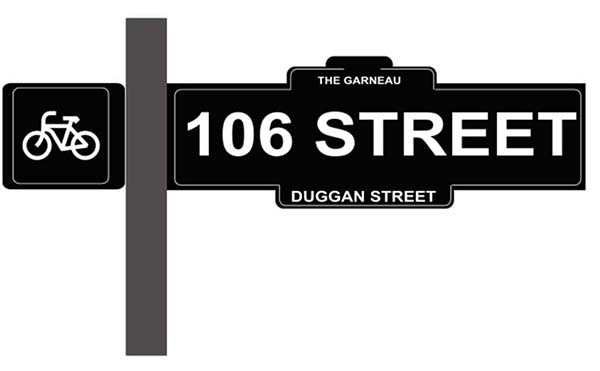 Bike-only Streetblades are used on pathways in their own right-of-way (such as a shared pathway that runs adjacent to an LRT line or in an old railway corridor) to identify the name of the street that the path crosses. 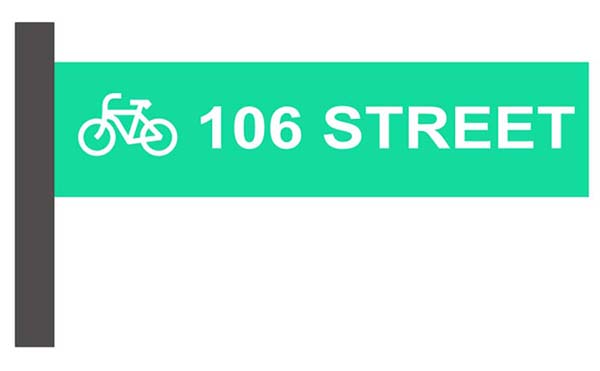 The Confirmation Route Marker is used to show key intersections and distances on long linear routes. 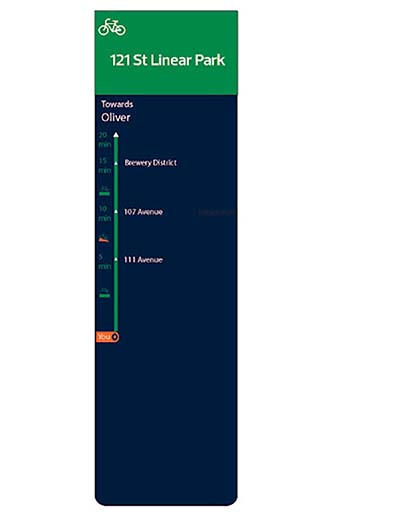 Map-based Decision Signs are used at complex locations where other wayfinding is insufficient to guide users. 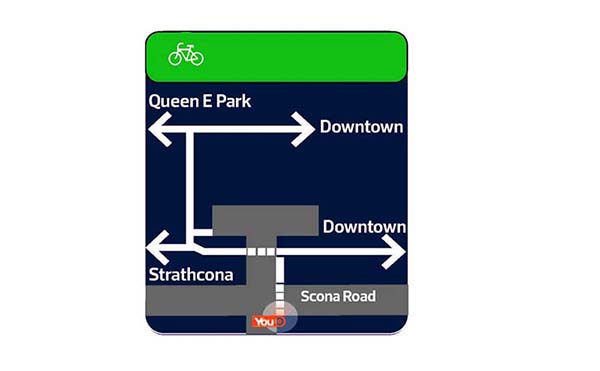 An initial trial of the new bike route wayfinding signs will be installed in the Strathcona neighbourhood in the spring of 2022. Future rollout of the system will occur across the city on major bike routes once funding is available.

Feedback on the new system can be shared through our online survey in the summer of 2022.

We will also be gathering feedback through the City’s Insight Community Surveys and from in-person/intercept surveys in the Strathcona area in the summer of 2022, health rules permitting.