Next Game: Saturday August 7
Ottawa vs Edmonton at 8pm

When you’re on the bus, please wear a mask, as mask/face coverings are still mandatory on transit.

Your game day ticket is valid on regular ETS bus/LRT service for two hours before the game, during the game, and two hours after the game ends.

Bus routes 2 and 101 travel near Stadium Transit Centre. Bus route 3 will be on detour during Elks games.

You can also take a Capital Line train to Stadium LRT Station.

Due to ongoing work at Stadium Station, Capital Line trains will be running every 15 minutes on August 7 and 14. We strongly advise taking a shuttle from a Park & Ride location to get to and from Commonwealth Stadium.

Starting in September, LRT service will be increased for every football game starting 90 minutes prior to game time.

Football games are declared a major event, therefore, a residential parking ban goes into effect for every home game. Parking is restricted on all signed streets from two hours before the game starts until the game ends. Any vehicle not displaying a valid residential parking permit will be tagged and towed at the owner's expense.

Please Note: Parking is restricted around Commonwealth Stadium and the LRT Station. Signs are posted at these locations. 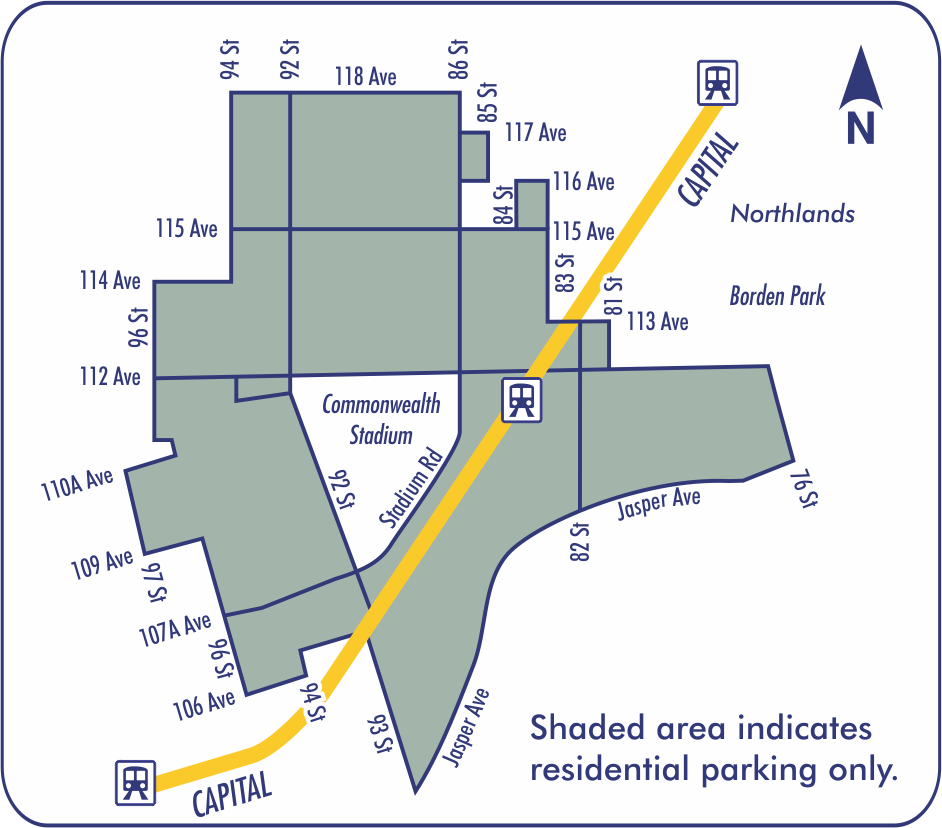 Fans who have purchased their Edmonton Elks game day ticket in advance qualify for the Ticket to Ride program. Your game day ticket is valid on LRT or regular ETS bus service for two hours before the game, during the game and two hours after the game ends.