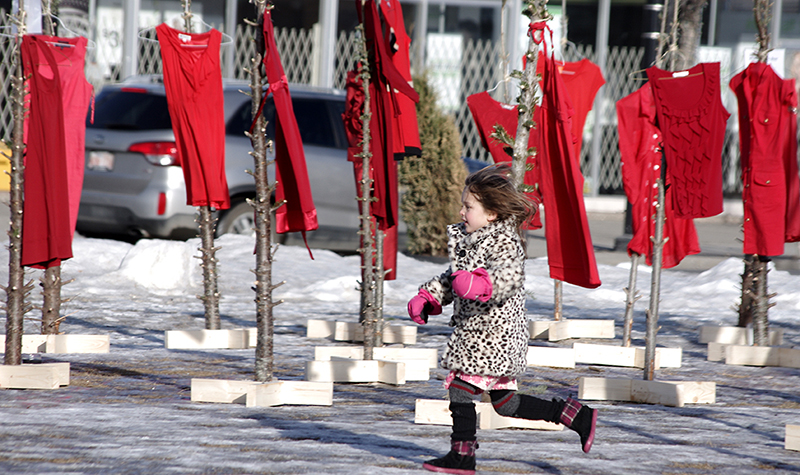 Red Dress Day is inspired by the grassroots movement of Métis artist Jaime Black, who created the REDress Project, “an aesthetic response to the more than 1,000 missing and murdered Aboriginal women in Canada… Through the installation [Black] hoped to draw attention to the gendered and racialized nature of violent crimes against Aboriginal women and to evoke a presence through the marking of absence.”

The first Red Dress event was held on May 5, 2010, as a day of honouring for missing and murdered Indigenous women and girls, two-spirited, and men, and as a day to raise awareness and education on the critical national issue. Red dresses are hung in trees or affixed to a structure, as if floating, and left empty to evoke the missing women and girls; Black was told by a friend that red is the only colour spirits could see.

“(Red) is really a calling back of the spirits of these women and allowing them a chance to be among us and have their voices heard through their family members and community.” - Jaime Black