Beginning each April, the City of Edmonton conducts mosquito control activities around the city and into the neighbouring counties to target the aquatic larvae of mosquitos.

Applications of lavicides to temporary water bodies located in open fields and roadside ditches is the technique used to reduce the number of mosquitos that will eventually emerge as adults while they are concentrated in population in habitats with few other organisms.

Applications occur mostly on private land, with landowner permission on the outskirts of Edmonton, and extending into neighbouring counties. Rainfall, which triggers the hatching of dormant mosquito eggs, is the primary driver of mosquito populations and the treatment of these annoying pests. 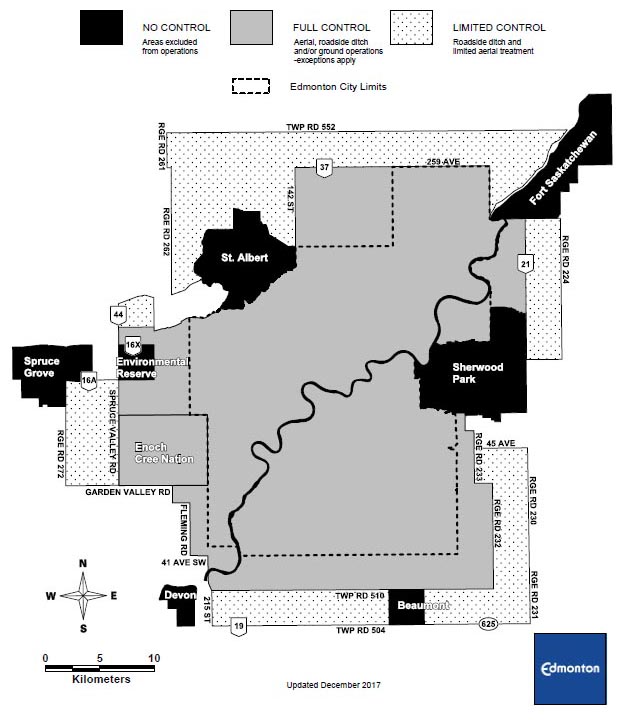