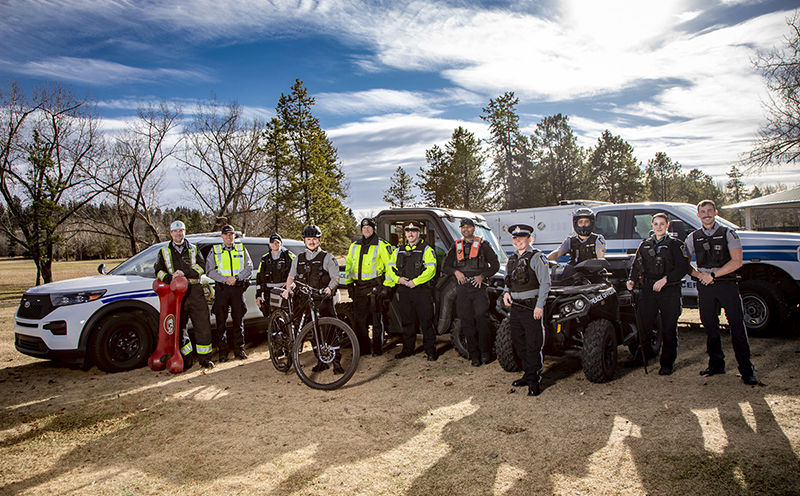 Community peace officers have many different roles in the city depending on their area of focus. Peace Officers can be found downtown, on transit, in parks, on the North Saskatchewan River, on city highways and in neighbourhoods.

They can be identified by their uniform which can vary on the role and season.

Law enforcement officers often carry tools that are intended to protect the public and themselves from individuals who present a threat and who can be armed. Although the primary response to complaint calls of armed individuals in Edmonton falls to the Edmonton Police Service, due to the nature of their work, City peace officers are also exposed to weapons and armed people during their shifts.

City peace officers frequently engage in scenarios that compromise their personal and officer safety in the line of their work. While they have other tools and tactics at their disposal, a standard piece of their current kit includes a belt-mounted MK-3 aerosol OC spray stream projector.  The current MK3 OC spray used is limited by dose and effective range, which reduces the canister size and weight that officers have to carry. Given a rise in the severity of incidents and the increasing frequency of weapons being involved in those incidents, the City has begun exploring additional tools, such piloting as the MK9 OC spray, to assist in officer and public safety.