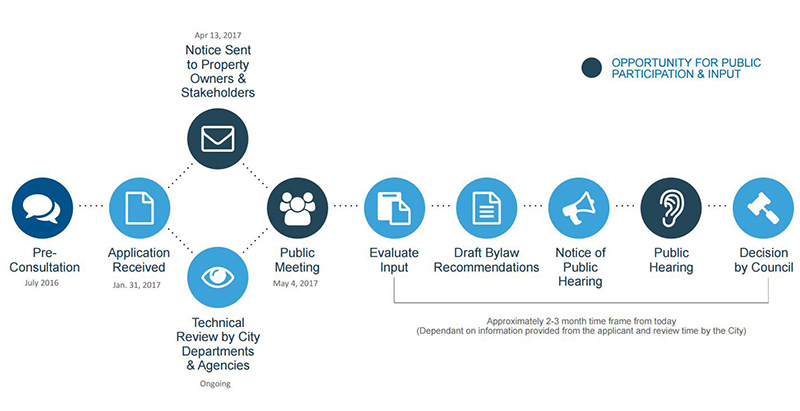 The City held a public Open House for this application on May 4, 2017. The Open House was attended by 17 people who provided feedback.

The City is currently reviewing the input received and will produce a What We Heard Report that will be available on this page in the future.

Notification of this proposal was sent out by the City on February 23, 2017.

The applicant sent out a pre-application notification and Open House invitation on January 26, 2017.