About the Charles Labatiuk Award

The Charles Labatiuk Environmental Award is an annual award honouring City of Edmonton employees who have demonstrated exceptional environmental contributions above and beyond their job description and who inspire others to be sustainable in their work and workplace.

The award ceremony is held as part of the City’s Cultural Commitment Awards.

The award is named in honour of the late Charles Labatiuk, Ph.D., P.Eng. 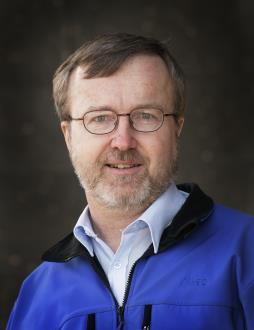 Charles was a scholar, mountaineer, naturalist, photographer, avid reader, pianist, world traveler and student of world cultures. His enthusiasm for life inspired many. A deeply rooted love of nature and mankind were the essence of his being.

The author and co-author of many technical papers, his publication credits included Water Research, Applied and Environmental Microbiology, and Ozone: Science and Engineering. In 1995, Charles was awarded the Hallopeau Prize by the International Ozone Association in Lille, France for his Ph.D. research on ozone inactivation of Giardia.

As a young engineer, Charles spent 10 months touring Africa before returning to university. This experience piqued his interest in Third World issues, including water management. During his life, he visited 76 countries and six continents.

Charles was a member of the Alpine Club of Canada, the Grant MacEwan Mountain Club, the Calgary Mountain Club and the Canadian Hostelling Association. His genuine love of the outdoors was contagious and inspired others to explore the world.

During his sixteen year career with the City of Edmonton (Drainage Services Branch from 1992 to 2001 and Waste Management Branch from 2001 to 2008), Charles held the position of Senior Environmental Engineer. He was a leader in establishing one of the City's first ISO 14001 environmental management systems and continually advocated for environmental considerations to be a routine part of City business.

Named in his memory, the Charles Labatiuk Environmental Award is a tribute to a City of Edmonton environmental champion.