Five experts from across the country (and beyond) will be joining us in October to judge all the submissions to the Urban Design Awards.

This year's panel of jurors are:

Johanna Hurme is an architect and a co-founder of Winnipeg-based 5468796 Architecture. In the past twelve years, the firm has received numerous awards and recognitions regionally, nationally and internationally, and its work has been published in over 200 books and publications. In 2012, 5468796 represented Canada at the Venice Biennale in Architecture, and in 2013 they were selected as recipient of the 2013 Prix de Rome Award in Architecture for Canada by the Canada Council for the Arts.

In addition to the practice, Johanna is an activist and an advocate. She has initiated and co-created a number of design related events and programs that serve to improve the public appreciation of architecture, including Table for 12 + 1200, Chair Your Idea and Design Quarter Winnipeg, which she chairs. She is also the immediate past Chair of the Winnipeg Chamber of Commerce Board of Directors and a past Council member of the Manitoba Association of Architects. Johanna is a member of the International Council of the New York-based Van Alen Institute, and has taught design at the University of Manitoba’s FAUM, the University Toronto Daniels Faculty of Architecture, the University of Montreal, and lectures extensively at universities, forums and festivals across Canada, the United States, Europe and Asia. Most recently Johanna was named visiting Professor-Morgenstern Chair at the College of Architecture, IIT, Chicago. 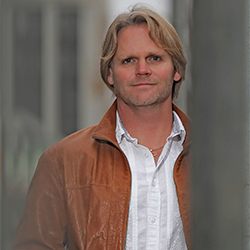 Brent Bellamy is an architect and Creative Director at Number TEN Architectural Group in Winnipeg. He is a leading public advocate for sustainable city-building and human focused design. Since 2010, he has contributed a featured business column in the Winnipeg Free Press, titled ‘On Architecture’, in which he challenges the conventional perceptions of architectural and urban form. He explores the connection between design and economic growth, environmental sustainability, civic competitiveness and quality of life. His advocacy has been widely featured on radio and television as well as in periodicals such as En Route, McLean’s, Architecture, Canadian Architect and Sustainable Architecture and Building. He was recently awarded by the Royal Architectural Association of Canada with the 2019 Advocate for Architecture medal, recognizing his long-term commitment to the profession at a national, regional and local level.

Brent is committed to the ideal that our cities must be organic and stimulating places that facilitate social interaction and provide a fulfilling experience to those who interact with them. He believes cities that celebrate individual expression, diversity and beauty, while managing the economic, social and environmental impact of urbanization will be sustainable, prosperous and joyful places for its citizens.

Brent received his Master of Architecture degree from the University of Manitoba. Graduate level study included international design studios in Kathmandu, Nepal and at the University of Copenhagen, Denmark. Upon graduation, he worked as an intern with Moshe Safdie Architects in Jerusalem, Israel. As an avid traveler, his personal exploration of cities in nearly 60 countries has brought a global perspective to his writing and his design philosophy.

He works to maintain a thorough knowledge of evolving architectural and planning theory from around the world. 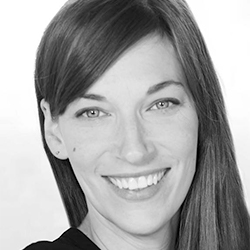 Liz Wreford is the Principal Landscape Architect and a founding Director of Public City Architecture, an urban building and site architecture studio in Winnipeg. The firm is known for its pursuit of winter urbanism, pleasure, and a driving commitment to the quality of multi-seasonal public realms. Public City has projects currently active in Manitoba, Alberta, and Ontario. With a portfolio of work that is colourful, ecological, playful, and disciplined, Public City has been identified by Azure and the Globe & Mail as one of Canada’s most exciting and distinct emerging design practices.

Liz has practiced Landscape Architecture in Perth (Australia), Seattle, Vancouver, Winnipeg and Toronto. Prior to starting her own practice in 2011, she worked principally with Murase Associates of Seattle and Portland on public plazas and open spaces across the United States. In 2018 Liz established the Prairie Chapter of Building Equality in Architecture to advance excellence and diversity across city-building professions in the west. Liz has taught design studios on topics of regional and seasonal urbanism at the Daniels Faculty of Architecture at the University of Toronto and at the University of Manitoba. 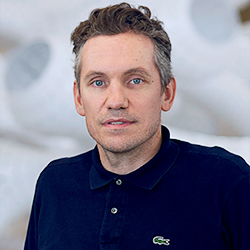 Marc Fornes is a registered and practicing Architect DPLG specializing in computational design and digital fabrication. He leads MARC FORNES / THEVERYMANY, a Brooklyn-based studio which has evolved a prototypical strategy to unify surface, structure, and spatial experience into a single tectonic system—namely through the invention of Structural Stripes. Over the last ten years, the studio has designed and built a number of thin-shell pavilions and installations that push the limits of form, structure, and space. These permanent and temporary projects are situated between the fields of art and architecture, with an emphasis on public-facing, spatial artwork. Some of those prototypical architectures have been acquired and exhibited by institutions including the Centre Pompidou (Paris), the FRAC Centre (Orleans), Art Basel Miami, and the Guggenheim (New York), and have sold at auction at Phillips De Pury. The studio has been acknowledged by the American Institute of Architects as part of New Practices New York in 2012 and by the Architectural League, winning its annual prize in 2013. Several projects of the studio have gone on to win international awards. Marc has shared his research as a TED Fellow, and in graduate design studios at Columbia GSAPP, Harvard GSD, University of California, University of Michigan and Die Angewandte. As a project architect with Zaha Hadid Architects, he directed research for an experimental mediatheque in Pau, France—what would have been the largest carbon shell structure to date. 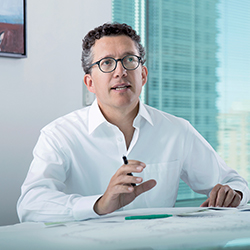 Antonio Gomez-Palacio, is a founding partner of DIALOG, one of Canada’s leading design firms. He is internationally recognized for transforming cities into vibrant urban places, which respond to their social, economic, environmental, and political context. Grounded on both a participatory and an evidence-based approach, his work is credited with meaningfully improving the wellbeing of communities.

Antonio has acted as the Chair of the Toronto Society of Architects and Vaughan’s Design Review Panel and is involved with a number of industry initiatives and organizations including the Canadian Institute of Planners, the Royal Architectural Institute of Canada (of which he was named a Fellow this year), and the Canadian Urban Transit Association. He is currently leading multi-sectoral research on the link between built environments and community wellbeing.