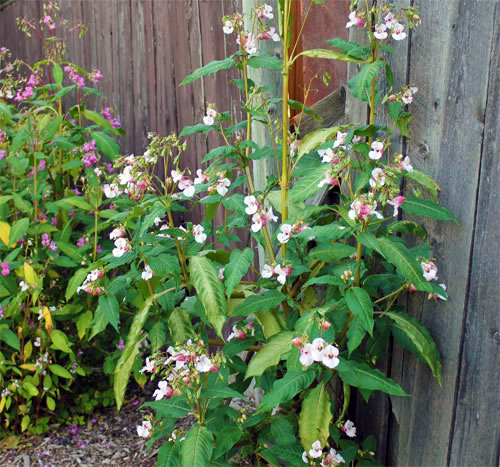 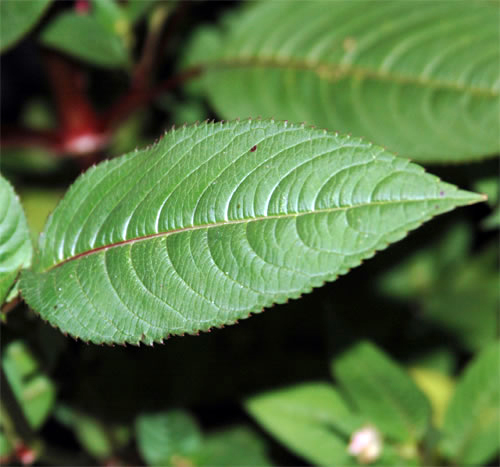 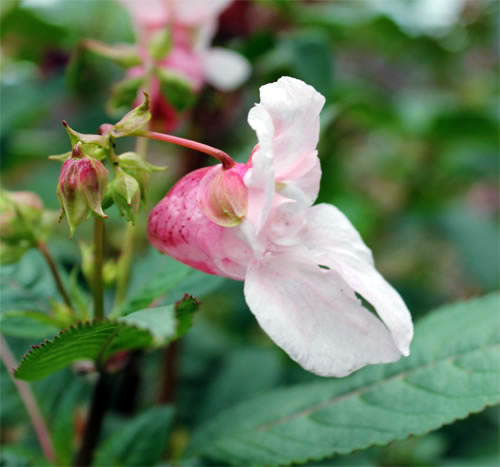 Due to your tremendous weed pull efforts by our volunteers over the last few years, we see the Himalayan balsam population in Kennedale Ravine knocked back to a few plants this year.

The City's Integrated Pest Management team will take care of the remaining population by continuously monitoring the ravine and pulling any upcoming flowering plants.

Himalayan balsam (Impatiens glandulifera) is a species native to the western Himalayas. In Canada, this weed was first identified in Ottawa in 1901. Due to its negative impacts on riverside habitats, Himalayan balsam is listed as a prohibited noxious weed in the Alberta Weed Control Act.

Himalayan balsam can be extremely invasive in woodlands and riverside areas, shading out competing vegetation in heavily infested areas. Fast decomposition of stalks in winter and shallow roots in summer can cause stream bank erosion. With its quick growth rate and explosive seed dispersal mechanism, many plants are passing through fences, spreading their seeds into storm drains and into Edmonton's natural areas. The plant ejects seeds up to five meter away when touched - therefore the name "Touch-me-not".  Its seeds are mainly distributed by water but humans and animals also transport seeds over great distances.

Learn how to properly identify Himalayan balsam and how to prevent accidentally spreading this invasive species. Avoid using invasive plants in gardens and landscaping. Discard invasive plants in the regular garbage only before they produce seeds. Do not dispose of invasive plants in the compost pile. Pull the weed including its shallow roots by hand to easily control small infestations (most common in gardens). Cut or mow shortly before or during early bloom for large stands but plants can regrow if not cut at ground level. Wear padded gloves to protect hands. Clean equipment and clothing after coming in contact with invasive weeds and the soil they grown in.