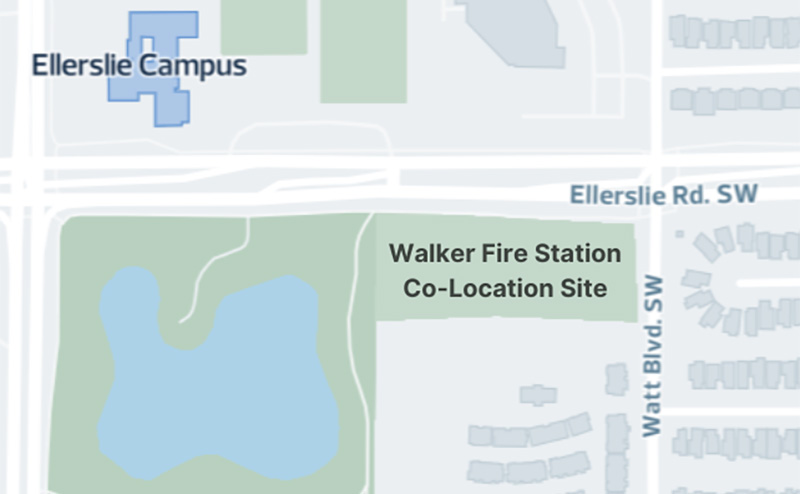 As one of the fastest growing regions in Edmonton, southeast Edmonton requires a new fire station and ambulance bay. This station would be essential to reduce emergency response times south of the Henday and east of 66th Street.

Because of a city-wide need for more affordable housing, the City’s Social Development Branch and Edmonton Fire Rescue Services have explored the possibility of co-locating affordable housing units at the proposed fire station.

This concept was first discussed at a Community and Public Services Committee meeting on June 27 (read the report here). Administration was directed to undertake preliminary design (including construction costs) as a project profile in the 2023-2026 capital budget. This means that at the earliest, City Council could approve funding for the concept in late 2022 as part of its four-year budget deliberations. The earliest projected date of completion would be in 2027.

The idea of co-locating affordable housing at a fire station has been successfully implemented in a wide variety of urban contexts in North American municipalities, including Calgary and Vancouver. Calgary’s Louise Station includes 88 units of affordable housing, while Vancouver’s Firehall #5 includes 31 social housing units for low-income women-led families and their children.

An early concept for the Walker station would include a three-bay fire station, an attached bay for ambulance services, and 20 to 60 units of supportive housing (depending on use and number of bedrooms, which have not yet been determined). This project is still at a conceptual stage: no funding has been allocated, building design has not yet taken place, no operators have been selected and no concept has been pursued. Consequently, public engagement has not yet been scheduled.