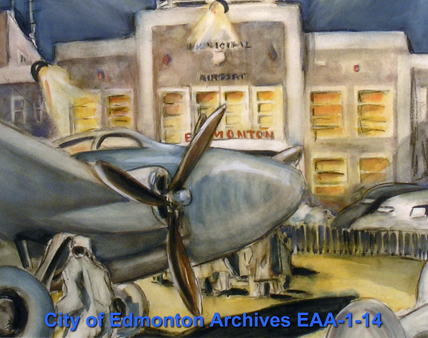 Two of Ella May Walker's paintings were loaned by the Archives to the Art Gallery of Alberta for their March 10-June 3, 2012 exhibit: Alberta Mistresses of the Modern: 1935-1975.

Ella exhibited her artwork (either solo or as part of a group) almost yearly from the mid 1930s to the late 1940s. Some examples include:

Even after her death, her work continues to be displayed in shows and galleries:

by Patricia Ainslie and Mary-Beth Laviolette