The City-owned Station Pointe lands redevelopment is partially funded by the Belvedere Community Revitalization Levy Area Plan (Bylaw 15932) and is part of the Fort Road Old Town Master Plan, approved in 2002 with the goal of revitalizing the historic Fort Road area. 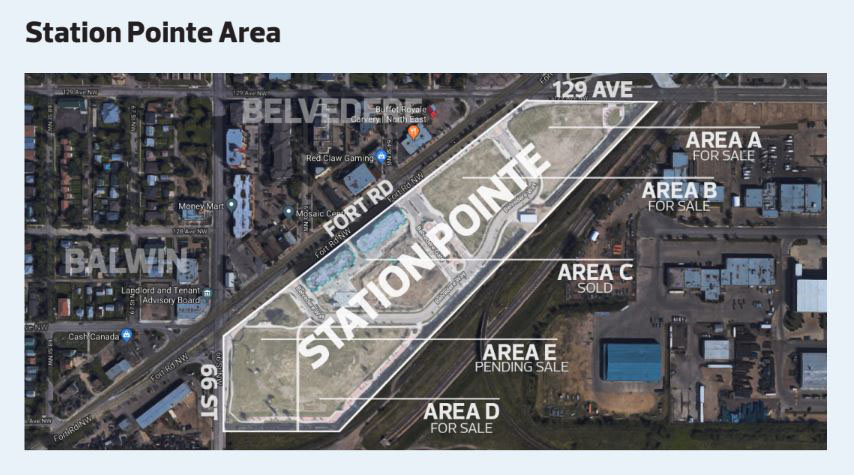 In 2007, as part of the implementation of the master plan and in consultation with the community, the City completed the Fort Road Urban Design Plan, amendments to the Belvedere Area Redevelopment Plan and the rezoning of 7 areas along Fort Road to Direct Development Control Provision. The Belvedere Community Revitalization Levy Area Plan (Bylaw 15932) was approved in 2012 and has funded the City’s redevelopment of the Station Pointe area.

LEED is the most widely-used green building rating system in the world.