For more information about stops staying in service with new routes, stops opening, and stops closing as of April 25, 2021, view the interactive map. 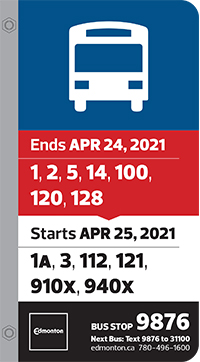 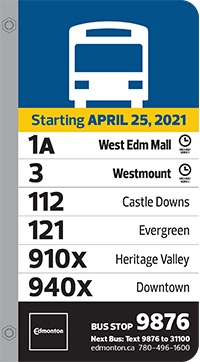 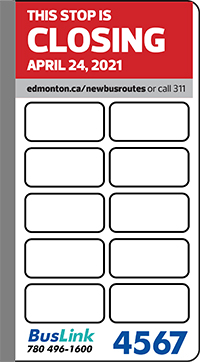 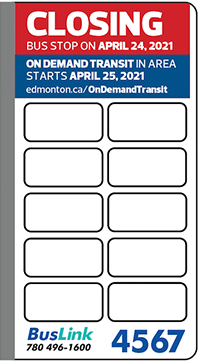 These routes travel from one area of the city to another.

These are routes that operate in one area of the city (for example routes 121, 512).

Regional routes will continue to use the same route numbers that they have. 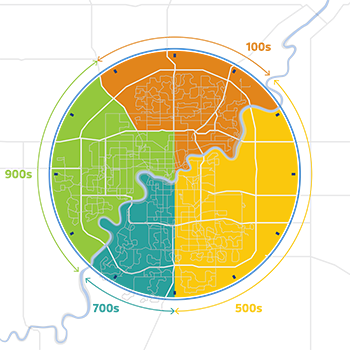 These routes have branches, which are segments of a route (for example routes 1A, 12B).

Check your schedules and the destination sign on the front of the bus to make sure you’re getting on the right one. If you’re not sure, ask the Operator.

All ETS customers can ride these buses but make sure you check the schedules first so you know where it goes.

Routes that operate until approximately 3am, 7 days a week. 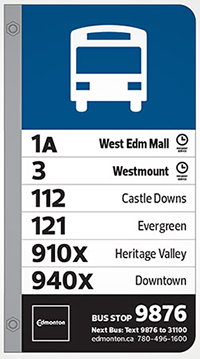 How to read the new bus stop signs.

Learn more about the route changes and the new bus routes.

On Demand Transit complements regular bus service so more Edmontonians can get to where they need to go conveniently and safely.