The Canadian, provincial and municipal flags are symbols of honour and pride for all Canadians. Proper consideration and etiquette should be maintained. 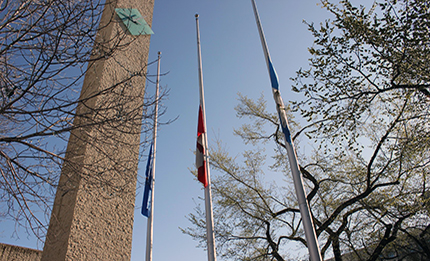 Flags on City buildings and spaces may be lowered to half-mast to commemorate special dates such as Remembrance Day, as a measure of respect and condolence when a high profile official passes away or as per protocol recommendation.

A flag is generally half-masted until sunset on the day of the funeral or memorial, unless other arrangements have been specified. 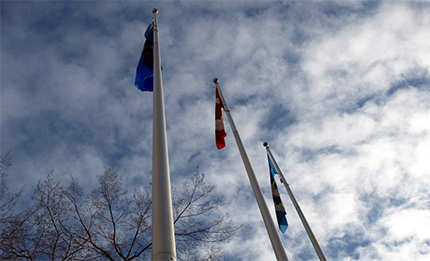 When 3 flags are flown, the position of honour is in the centre. From the perspective of the audience facing the flags, the Canadian flag should be placed in the centre, the Provincial flag on the left and the City flag on the right.

The order of precedence for flags is:

The Canadian flag, Provincial flag, the City of Edmonton flag, Treaty 6 flag, and Metis flag are flown on the official flag poles in front of City Hall.

More information about flag etiquette is available on the Canadian Heritage website.