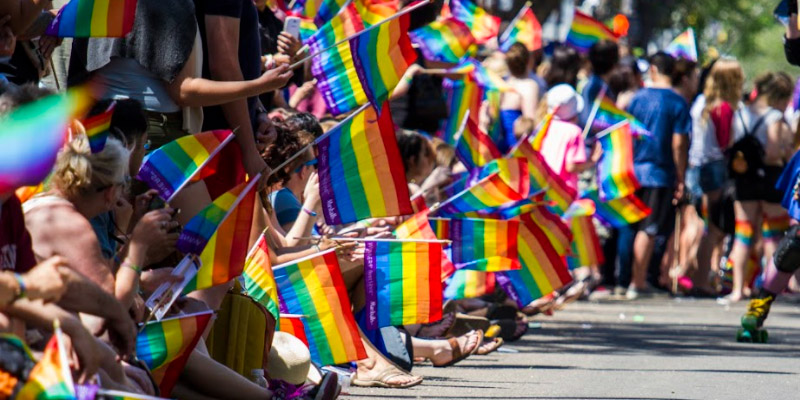 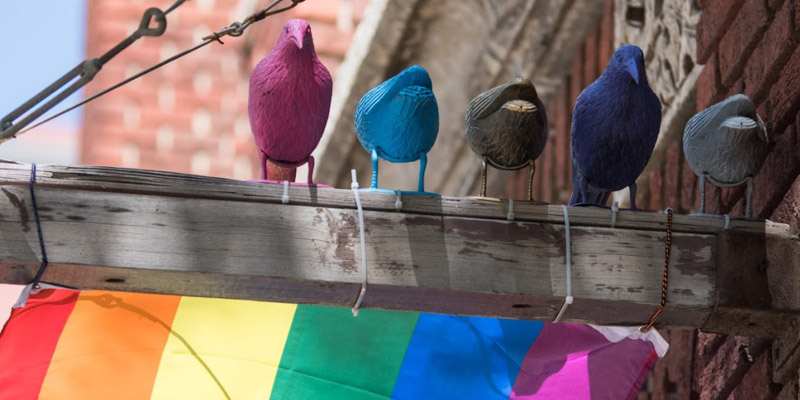 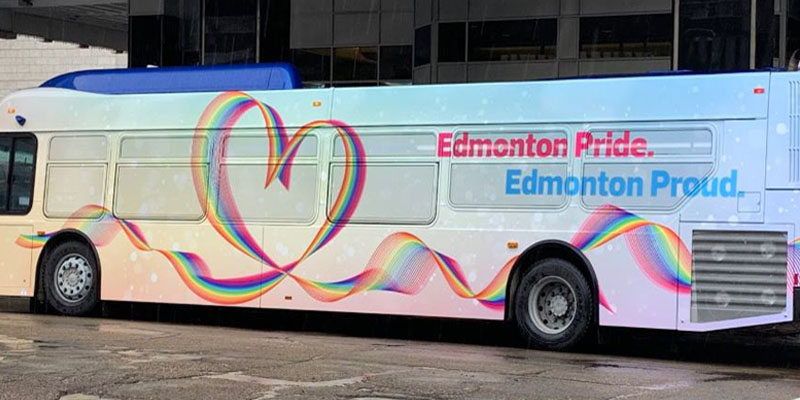 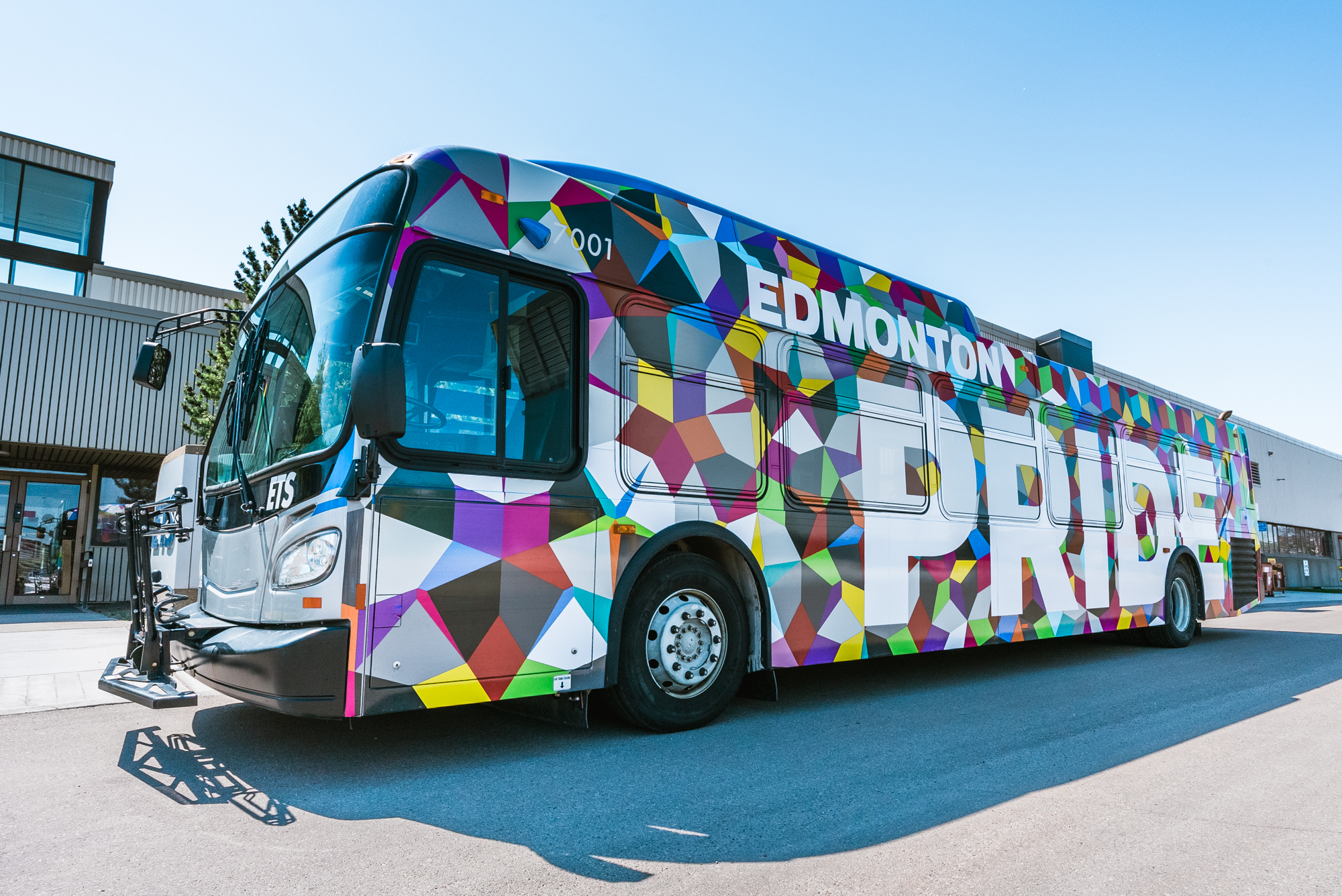 To celebrate the 40th Anniversary of Pride in Edmonton, the City has launched its second Pride bus to help recognize the importance of unity, equality and diversity. As with the City’s first Pride bus, which was launched by Edmonton Transit Service in 2019, this bus will be in year-round circulation demonstrating support for the LGBTQ2S+ community.

The new bus is wrapped in with celebratory and inclusive pride artwork. The new creative concept symbolizes colours and identities coming together to embody uniqueness and inclusivity. The design’s pattern does not repeat and has no hierarchy, representing the diversity and inclusion of all GSRM (gender, sexual and romantic minority) identities.

Crosswalks get Coat of Many Colours

The rainbow crosswalks showed the City’s support for the festival, the parade and the LGBTQ community.