Métis Week is an annual event planned by the Métis Nation of Alberta, and sees a range of interesting commemorative events take place across Alberta. 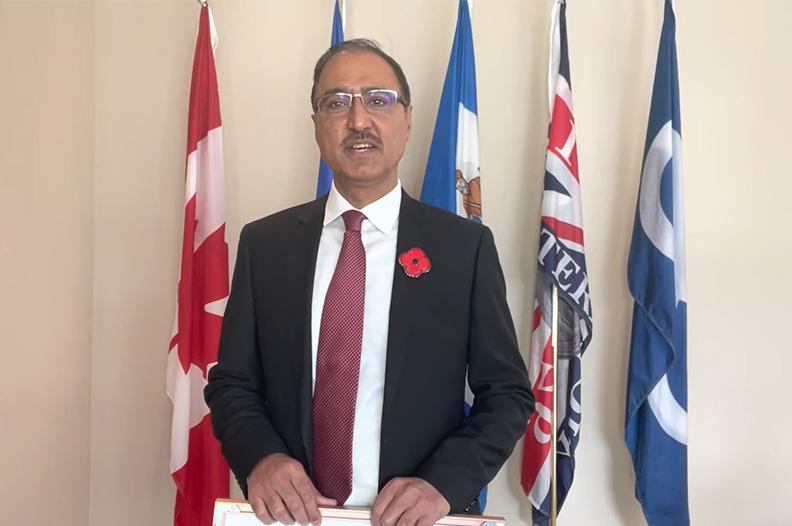 Mayor Amarjeet Sohi joins us by video to declare Métis Week in Edmonton.

What is Métis Week?

Louis Riel devoted and sacrificed his life defending the rights of Métis people. Riel’s legacy continues to resonate across the homeland.

Each year, on November 16, Métis people across Canada pay tribute to the Right Honourable Louis Riel by holding a commemorative ceremony on the date of his execution. This ceremony symbolizes the commitment Métis people share in striving for and promoting the visions of Louis Riel and is one of the most important dates on the Métis calendar.

In addition to recognizing Louis Riel Day on November 16, the Métis Nation of Alberta (MNA) has declared the week surrounding November 16 as “Métis Week.” The week is devoted to commemorating the sacrifices of the Métis who continue to strive toward rights and recognition as a distinct nation.

To honour Métis Week and the Métis people of Edmonton and surrounding areas, each year the City of Edmonton partners with the Métis Nation of Alberta and its local regional council.

By doing so, the City recognizes the important role that Métis people have played in the founding and development of Edmonton, and the contributions they continue to make to our great city.

The Métis Nation of Alberta flag will be on display inside City Hall.

Josh Morin explains the history and significance of the Métis sash, flag and jigging. This video features music by Zachary Willier, dance by Youth Jiggers and artwork of Métis artist Leah Marie Dorion.

When: November 15 at 5pm-7pm MST
How to participate: Register Online

When: November 17 at 5pm-7:30pm MST
How to participate: Register online

When: November 18 at 1pm-3pm MST
How to participate: Online event

When: November 18 at 6pm-8pm MST
How to participate: Register online