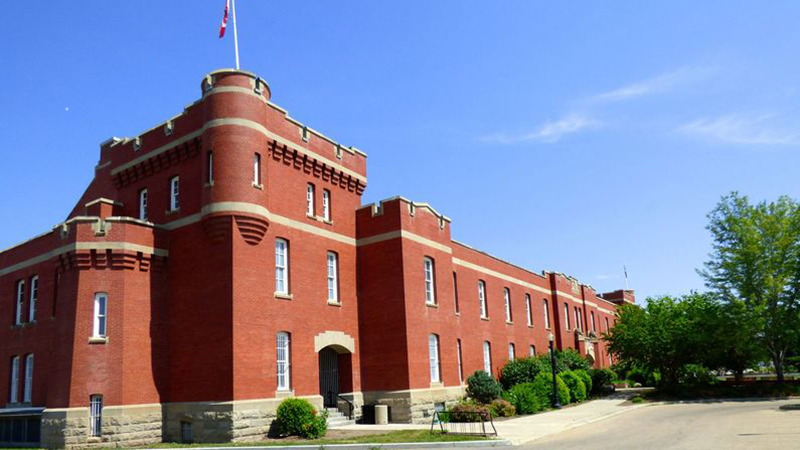 The Prince of Wales Armouries is home to the City of Edmonton Archives and everyone is welcome to visit the public spaces of the 100 year old building for free.

We are excited to reopen the Prince of Wales Armouries and the City of Edmonton Archives but things may look different from your previous visits. We have put some adjustments in place for the health and safety of our staff and visitors. These adjustments are designed to comply with public health orders and guidelines. Please call in advance to make an appointment for your visit to the Archives. The appointment will have a specific time for you to enter the building to help with physical distancing and allow us time to pull the materials you want to view. Plan your visit accordingly.

Please note that appointments must be booked in advance. Appointments will be available at 10 minute intervals and you will enter the Prince of Wales Armouries / Archives at the specific time of your appointment. We will be capping Archives capacity at six per session (12 visitors per day).

Can I drop in at the door?

No. At this time, appointments must be made in advance. Appointments will be available at 10 minute intervals and you will enter the Prince of Wales Armouries / Archives during the specific time window on your ticket. To purchase tickets, please visit MoveLearnPlay.

We ask that you please arrive during the window of time you selected for your appointment slot. We will be closely monitoring capacity to ensure everyone has a safe and comfortable visit. We only have limited space available.

In order to accommodate many people who have been waiting weeks to get access to documents in the Archives we will be initially limiting visits to three hours. If you need longer, or another visit, speak with an archivist to see if there is another appointment available.

Do I have to wear a face mask?

How frequently are you cleaning the washrooms?

All bathrooms will be cleaned and sanitized regularly at least once during each session visit in the day. Please practice good hand hygiene.

Will you be providing face masks?

Will there be any food service available?

No. The vending machines and water fountains will not be available.

How will I navigate the facility?

Directional signage is in place, and staff will be onsite to help maintain the flow of traffic.

Will there be hand sanitizer stations around the facility?

Yes, we will ensure hand sanitizer is available at several locations and within the reference room, including at the entrance and exit. We also encourage you to bring your own sanitizer and to wash your hands often with soap and water.

What happens if there is a COVID19 exposure while I am visiting?

In the unlikely event that this does happen, the City of Edmonton will work with Alberta Health Services to ensure all proper processes and protocols are followed.

While parking is free, it's also limited. Fortunately, we're only a short distance south of the Kingsway/Royal Alex LRT Station and Transit Centre.

The Prince of Wales Armouries parking lot can only be accessed from west of 105 Street along 108 Avenue.

Several roads around the building are permanently closed:

The entrance to the Prince of Wales Armouries is locked. There is a doorbell to the right of the door to request access. The door will be opened remotely.

The City of Edmonton Archives also has small exhibits on the concourse of POWA and in the Archives (second floor). 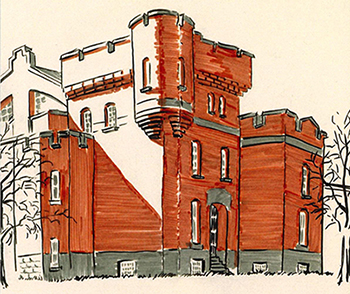 Most of Prince of Wales is wheelchair accessible.

Find out about our rental opportunities.

A building within a building, located within the former drill hall of the Prince of Wales Armouries.

See how the Edmonton Historical Board (EHB) advocates on behalf of Edmonton’s history.

Completed in 1915, the Edmonton Drill Hall was a military training site for the Department of National Defence until 1977. Over the years it was home to several regiments, including the Loyal Edmonton Regiment, as well as a number of corps including signal men and medical personnel.

Ownership of the Prince of Wales Armouries (as it was re-named in 1921) was transferred to the City of Edmonton in 1982 and it hosted a variety of organizations and community groups like the Cadets and the Edmonton Food Bank. After much consideration of its future, the City began renovations to create a new home for the City of Edmonton Archives inside the old drill hall.

The Prince of Wales Armouries Heritage Centre is home to the City of Edmonton Archives as well as the: