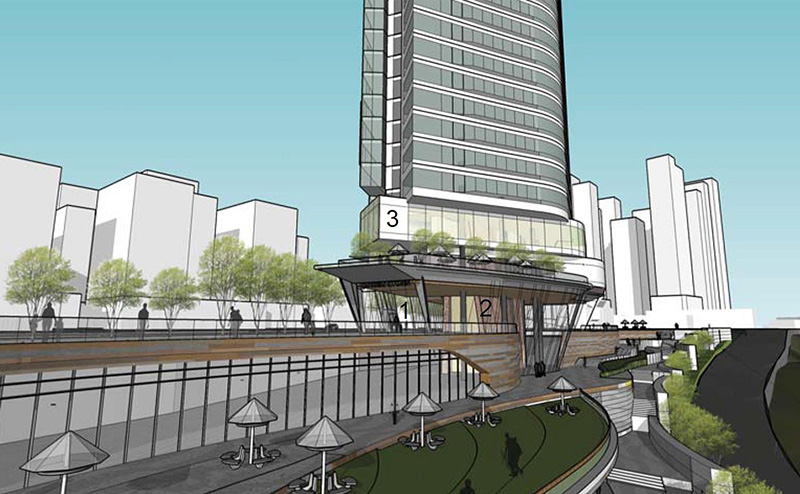 Applicant's rendering of the tower

The Quarters Hotel and Residence will be a mixed-use (commercial and residential) tower up to 280 m (approximately 80 storeys) in height with landscaped terraces.

The rezoning application was approved by City Council on April 26, 2017 in a 7 to 5 vote. The next step is for the developer to apply for a Development Permit in compliance with the approved zoning (DC2) regulations, and submit all required technical studies. 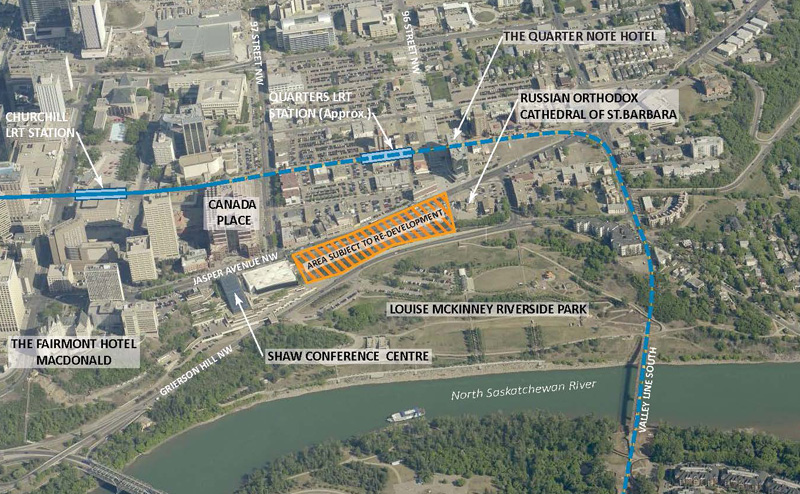 The west portion of the site is undeveloped City parkland. It is partially located within the North Saskatchewan River Valley with a small portion located in the Downtown neighbourhood. This part of the site is located on a steep slope.

The east portion of the site contains two low-rise apartment buildings and is located within The Quarters Downtown neighbourhood.

Prior to and contingent on the rezoning approval, City Council made the decision to sell the parkland and portions of 101 Avenue and Grierson Hill Road adjacent to the proposed tower site to the developer (Alldritt). There is now a land sales agreement between the developer and the City of Edmonton.

At the April 26, 2017 City Council meeting, Council directed that net proceeds from the land sale be earmarked for purchase of lands within the River Valley.

On May 9, 2017, City Council accepted administration’s recommendations on the information that can be made public.

Pursuant to sections 16 and 25 of the Freedom of Information and Protection of Privacy Act, certain details pertaining to the land sale agreement must remain private.

The land sale agreement contains information that if released could harm the City and Alldritt's competitive position. The information being kept private will be reviewed for release again in the future to ensure transparency of the land sale.