The existing zoning at the time allowed for the development of a high-density mixed-use urban village. While the purpose of the approved zoning is the same, there are some key differences:

There was also associated application to amend the Kaskitayo Outline Plan to facilitate the rezoning.

Key Features of the Approved Proposal 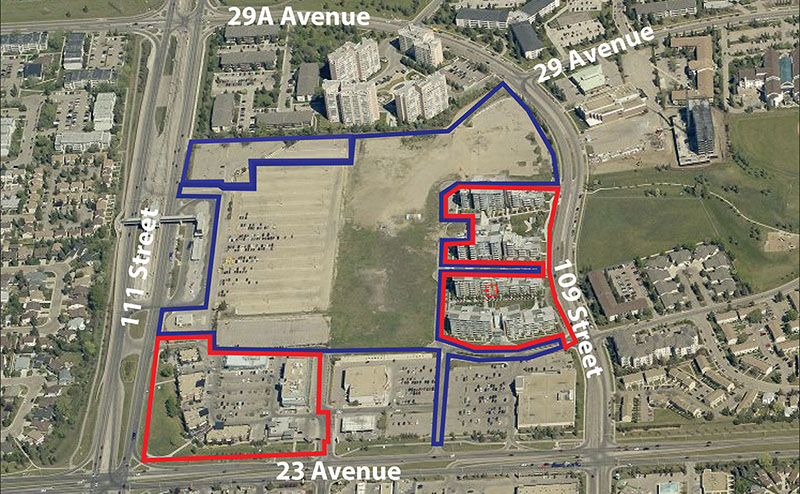 The approved rezoning area is bounded by:

The purpose of a DC2 Zone (Site Specific Development Control Provision) is to provide special regulation of a specific site where any other Zone would be inappropriate or inadequate.

The Century Park lands make up a large site (over 12 hectares in size). The site is expected to develop in stages over the long term. DC2 Zoning at the Century Park site is appropriate because:

Planned utility work began May 29, 2017, and required the closure of the Century Park entrance/exit south of the transit centre off 111 Street near 24 Avenue. On June 15, 2017, most of the existing reserved parking section moved to a new location at Century Park due to private landowner development on the existing site. For more information, see TakeETS.com/Projects

Two development permits were issued for the Century Park site. Both applications were reviewed and approved under the existing DC2 zoning: