Planning and Environment Services review and applicant work on this major rezoning has now concluded. This rezoning has been scheduled for a City Council Public Hearing:

The proposed rezoning would accommodate the redevelopment of the shopping mall site into a high-density, mixed-use, transit-oriented development.

These documents will be considered by City Council on April 15, 2019. Changes have been made since the proposals were last received in September 2018, based upon further review and discussion between Planning and Environment Services and the applicant.

The fundamental development proposal and statistics continue to reflect the September 2018 submission.

Citizens were invited to a drop-in engagement session on Wednesday October 17, at La Cité Francophone, to learn about revisions to the proposed rezoning of the Bonnie Doon Mall shopping centre located at the northwest corner of 82 Avenue and 83 Street.

Approximately 225 people attended the session, which was an opportunity to learn more about what’s changed since the initial proposal in May 2018 and to provide feedback to the City and applicant.

What We Heard Summary Report

Public events and online opportunities will allow residents, communities, businesses, and industry representatives to provide input throughout the process.

While there is no statutory plan in effect for the Bonnie Doon neighbourhood, the proposed zoning will be reviewed against City guidelines and policies related to:

There is no statutory plan in effect for the Bonnie Doon neighbourhood. 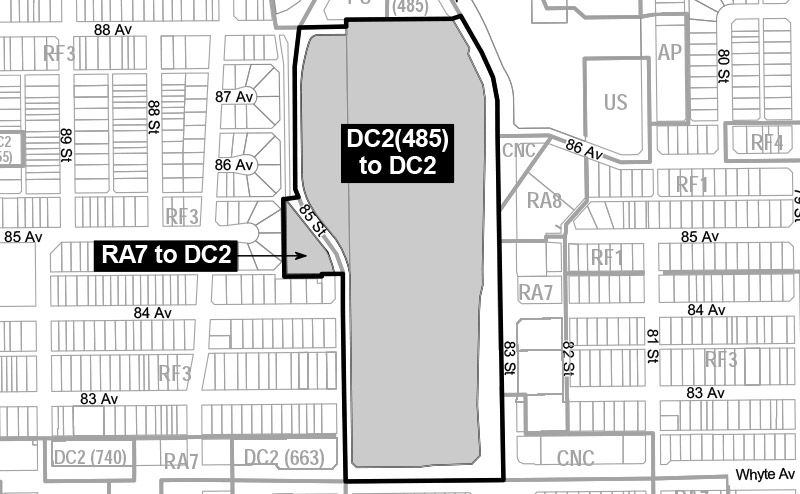 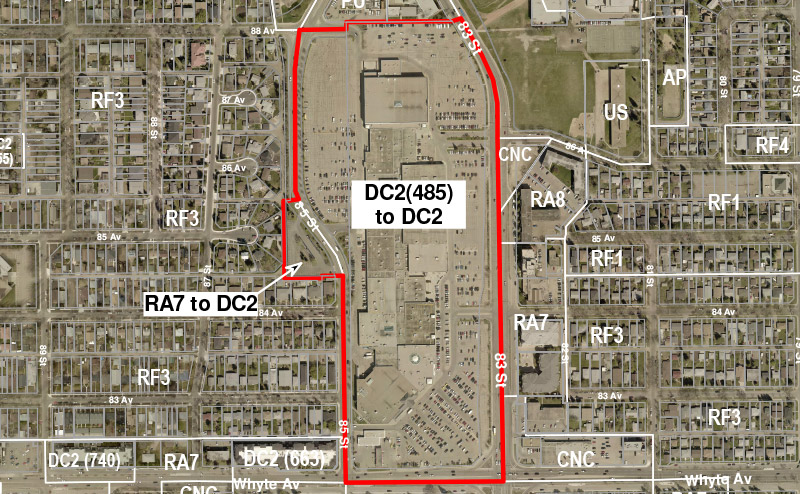 The new zone would designate sub-areas or precincts across the site, with varying heights and densities as appropriate.

“The new Bonnie Doon will evolve over the next 30 years to become a sustainable, integrated, compact, mixed-use urban community that leverages transit, complements Edmonton’s thriving core and offers a range of open space, amenities, housing, employment, services and activities that fosters a high quality of life for all and continues as a community hub responsive to the changing demands of the community.”

A revised Transportation Impact Assessment has also been provided, and will be posted once it has been reviewed and accepted by the City.

Request to Speak at a Council or Committee Meeting

Agendas are available approximately 3 weeks before the public hearing date. Anyone who wishes to speak at a public hearing can register online or call the City Clerk’s office at 780-496-8178.