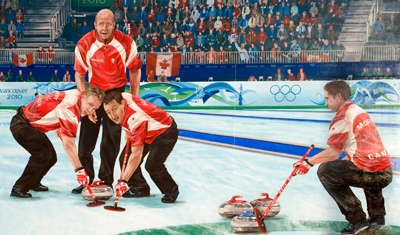 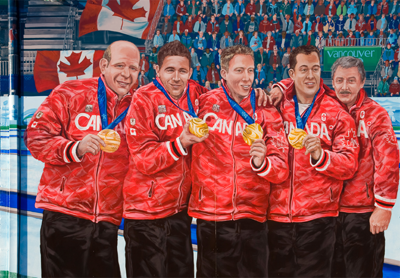 Canadians around the world held their breath as Team Martin swept its way to the 2010 Olympic gold in curling. To celebrate this victory, one wall of the building where skip Kevin Martin worked as an ice maker depicts him in action, shooting the winning rock to win the Olympic trials.