Waste to Biofuels and Chemicals Facility

Edmonton’s Waste to Biofuels and Chemicals Facility is the world’s first commercial-scale waste-to-biofuels facility of its kind and is designed to turn household garbage into biofuels and renewable chemicals.

The facility is built, owned and operated by Enerkem Alberta Biofuels, a subsidiary of Enerkem. Using Enerkem's proprietary technology, it aims to convert 100,000 tonnes of municipal solid waste into 38 million litres of biofuel annually to help Alberta reduce its greenhouse gas (GHG) emissions. (Waste-based biofuels can reduce GHG emissions by more than 60% when compared with fossil fuel production and landfill operations.)

The feedstock for producing biofuels is municipal solid waste that cannot be recycled or composted (waste that has traditionally been sent to landfill such as carpets and shoes). 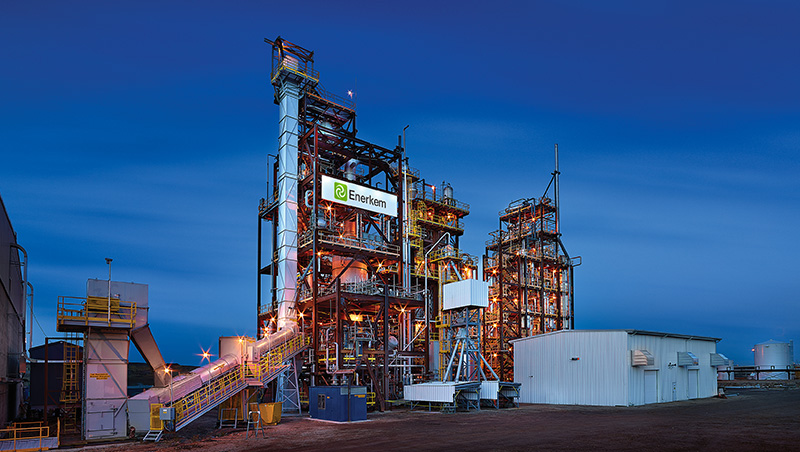 After initially producing just methanol, the facility has installed new process to produce ethanol in 2017. The goal of producing methanol and subsequently ethanol has both environmental and economic benefits.

The Waste to Biofuels Facility is part of a larger initiative between Enerkem, Alberta Innovates – Energy and Environment Solutions and the City of Edmonton. This waste-to-biofuels initiative also includes a waste preparation facility and an Advanced Energy Research Facility.

Using waste as a resource for fuel will contribute to GHG reduction, reduce the need for food crops as feedstock for ethanol and help Alberta to lead the way in advanced biofuels production.