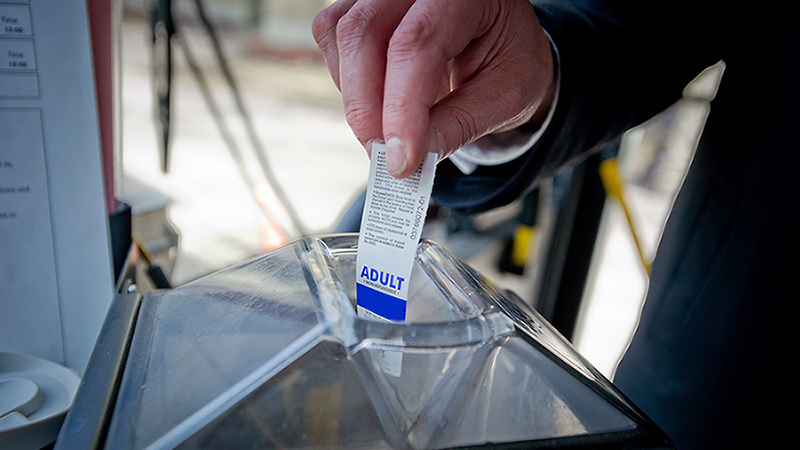 How can we make transit fares “fair?”

Transit fares are complicated. The fare appears simple, as a single price - currently $3.25. Yet, fare policy is surprisingly complex with difficult choices to make. Edmonton Transit Service (ETS) is currently looking at changes in a variety of areas. The new Transit Strategy will help provide long-term direction for network design and principles for a new fare policy.

The price of each trip changes based on how people choose to pay (cash, tickets, day pass, monthly pass) and discounts offered (discounts for children, seniors and students). Collectively, these elements make up the “fare structure.” Each fare structure is the result of prioritizing and balancing different goals such as generating revenue, encouraging ridership and providing a social good. Ultimately everyone pays for a city-wide transit system through their taxes. For this reason, the way we structure our transit fares is an important consideration for all Edmontonians.

How do fares reflect our values and goals for transit?

Setting a fare structure is a balancing act. Lower fares make the service more affordable and grows ridership, but higher fares allows ETS to improve or expand service. Fares can include “targeted” discounts for specific groups of people, times of day or locations. These discounts can support certain groups of people, promote long term transit use, or encourage more sustainable travel patterns.

How do fare discounts contribute to wider community goals?

Fare discounts are a way to accomplish community goals such as reducing traffic congestion, improving air quality or providing transportation for people who can’t afford to drive.

The ETS fare structure has evolved over time to include an increasing number of initiatives but has lacked the higher-level guidance of an over arching policy and objectives for setting fares and discounts. As a result, the average fare paid by transit customers has fallen behind the increase in cost to provide the service. For example, when all the discounts are taken into account the average transit fare paid in Edmonton is $1.35 per ride, yet the actual costs are $3.18 per ride. This scenario is fairly typical as cities try to balance the cost to provide transit with the other social benefits that can be provided by transit.

ETS is working to better align transit fares with city needs and values through the upcoming Fare Strategy and Smart Fare projects. These projects are expected to take place over the next few years. The Smart Fare technology will provide more options for the fare system. It may, for example, allow ETS to create fares based on the distance travelled, day of the week, or type of service provided (Light Rail Transit [LRT] or bus). This could contribute towards meeting specific policy goals, such as recovering a greater proportion of the cost to provide service or encouraging more transit use during lower-demand time periods.

How much of the cost to provide transit service should fares cover?

Nearly all transit systems require government subsidies. ETS revenues cover 40-45% of the operating cost; the remaining other is provided by the City of Edmonton through a tax levy. This rate of recovery is lower than either Calgary or Ottawa, but higher than cities like Waterloo and Quebec City.

While many transit agencies offer free transit to one or more demographic groups (such as children), very few systems have no user fees. Free transit can be problematic for a number of reasons:

Public transit affects everyone. Even if you don’t regularly use the bus or LRT, you still benefit from less traffic congestion and reduced air pollution.

Part of our task now is to decide what choices we need to make to achieve Edmonton’s goals for transit. This includes deciding what we want fares to do: get more people riding transit, make transit available to the people who need it most, or recover the cost to the City? What’s most important to you in a transit system?

Explores the factors considered when setting a fare structure for Transit.