Building off the Mass Transit: Planning for 1.25 Million People project, implementation will focus on going into the next level of detail for the mass transit network for 1.25 million people. These details include confirming mass transit route alignments and outlining, at a high level, how the streets with mass transit might look. 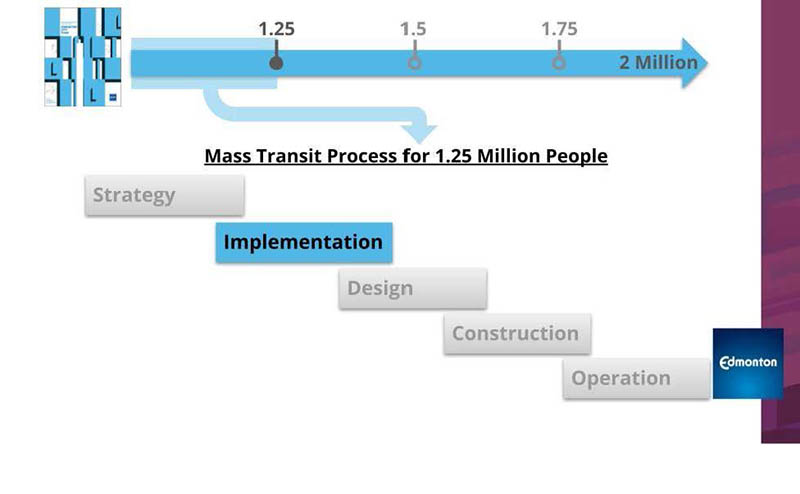 View the concept graphic for an integrated transit network.

This project will be developed over four phases.

Learn more about our public engagement

As part of this project, there will be opportunities for Edmontonians to share their experiences and perspectives. To learn more about what’s been done and what’s coming up, visit the project engagement page.

Want to know what’s happening with mass transit planning? Sign up for our newsletter.